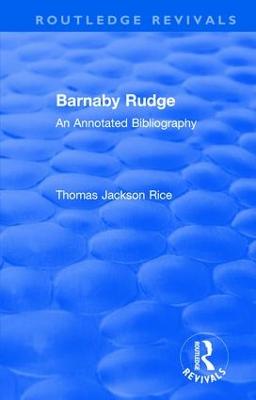 Originally published in 1987 Barnaby Rudge is a comprehensive collection of bibliographical resources surrounding Dickens fifth novel Barnaby Rudge. The book addresses what the author terms, a 'prevalent lack of research' surrounding the novel. The collection lists bibliographic references which not only looks at the novel itself, but also covers older resources that interested Dicken's first critics, such as the originality of the settings and characters. The book's core focus is examining the novel's historical subject matter in the context of the social and political context in which it was written. The book acts as a core resource for research on Barnaby Rudge. 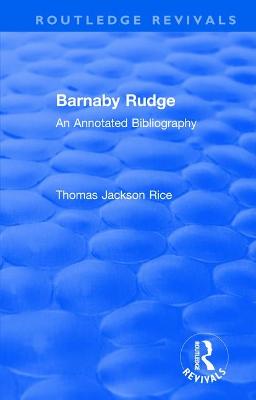 » Have you read this book? We'd like to know what you think about it - write a review about : Barnaby Rudge (1987 ) book by Thomas Jackson Rice and you'll earn 50c in Boomerang Bucks loyalty dollars (you must be a Boomerang Books Account Holder - it's free to sign up and there are great benefits!)


A Preview for this title is currently not available.
More Books By Thomas Jackson Rice
View All