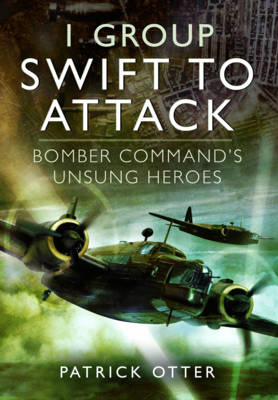 A very well-researched and accurate account of the largely "forgotten heroes" of 1 Group, RAF Bomber Command in the Second World War. The narrative moves at a lively pace which combines appropriate levels of detail regarding operations, aircraft, bases and incidents, in the wider context of the unfolding Second World War, set against a backdrop of policy failings and evolving successes, and more than anything, the sheer determination and bravery of young British, Commonwealth and Polish aircrews who never hesitated in giving everything to the cause of ultimate victory, regardless of the personal cost. An over-due tribute to a major contributing factor towards the ending of the Second World War in Europe, which well highlights the superiority of the RAF equipment made available and tactics adopted as the war developed, the humanity and professionalism of the participants, the amazing odds against which they were flung, and the conveyance of a real feeling of being there re-living these exploits. ILLUSTRATIONS: 200 images

» Have you read this book? We'd like to know what you think about it - write a review about 1 Group: Swift to Attack book by Patrick Otter and you'll earn 50c in Boomerang Bucks loyalty dollars (you must be a Boomerang Books Account Holder - it's free to sign up and there are great benefits!)

Patrick Otter has spent his whole working life as a journalist in his native Lincolnshire, working on a variety of newspapers, including the Grimsby Evening Telegraph where he became an assistant editor before taking early retirement on health grounds. His interest in aviation and, in particular, the wartime history of Bomber Command was sparked by his research into the events leading up to the loss of his father's 9 Squadron Lancaster over Berlin on what became known as 'Black Thursday' in December 1943, six months before he was born. He is the author of a number of books on Bomber Command and the wartime histories of airfields in both Lincolnshire and Yorkshire. He is married with a son, a history professor at Ohio State University in the United States.

A Preview for this title is currently not available.
More Books By Patrick Otter
View All