How I Tamed the Voice in My Head, Reduced Stress Without Losing My Edge, and Found Self-Help That Actually Works - A True Story

10% HAPPIER is a spiritual book written for - and by - someone who would otherwise never read a spiritual book. It is both a deadly serious and seriously funny look at mindfulness and meditation as the next big public health revolution.Dan Harris always believed the restless, relentless, impossible-to-satisfy voice in his head was one of his greatest assets. How else can you climb the ladder in an ultra-competitive field like TV news except through nonstop hand-wringing and hyper vigilance? For a while, his strategy worked. Harris anchored national broadcasts and he covered wars. Then he hit the brakes, and had a full-blown panic attack live on the air. What happened next was completely unforeseen. Through a bizarre series of events - involving a disgraced evangelical pastor, a mysterious self-help guru and a fateful gift from his wife - Harris stumbled upon something that helped him tame the voice in his head: meditation. At first, he was deeply suspicious. He had long associated meditation with bearded swamis and unwashed hippies. But when confronted with mounting scientific evidence that just a few minutes a day can literally rewire the brain for focus,happiness, and reduced reactivity, Harris took a deep dive. He spent years mingling with scientists,executives and marines on the front lines of a quiet revolution that has the potential to reshape society. He became a daily meditator, and even found himself on a ten-day, silent meditation retreat, which was simultaneously the best and worst experience he'd ever had.Harris's life was not transformed into a parade of rainbows and unicorns, but he did gain a passion for daily meditation. While the book itself is a narrative account of Dan's conversion amid the harried and decidedly non-Zen world of the newsroom, it concludes with a section for the novice on how to get started.

Other Editions - 10% Happier by Dan Harris 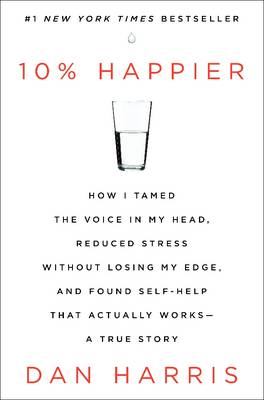 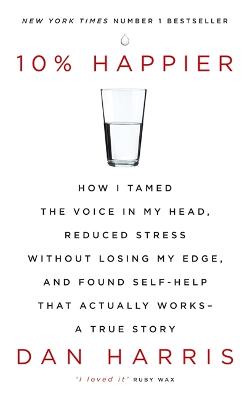 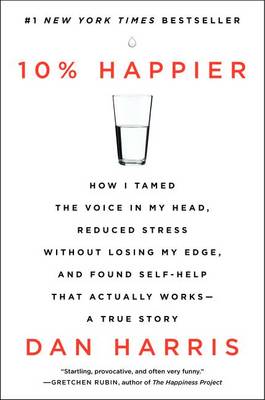 » Have you read this book? We'd like to know what you think about it - write a review about 10% Happier book by Dan Harris and you'll earn 50c in Boomerang Bucks loyalty dollars (you must be a Boomerang Books Account Holder - it's free to sign up and there are great benefits!)

Dan Harris is a correspondent for ABC News and the co-anchor for the weekend edition of Good Morning America. Before that, he was the anchor of the Sunday edition of World News. This is his first book.

A Preview for this title is currently not available.
More Books By Dan Harris
View All

10% Happier Revised Edition: How I Tamed the Voice in My Head, Reduced Stress Without Losing My Edge, and Found Self-Help That Actually Works -
$33.65 $37.39