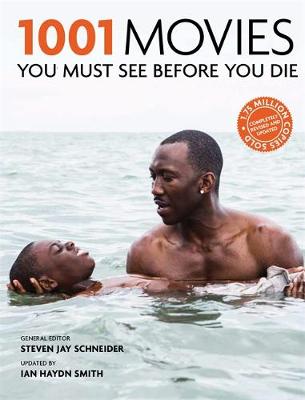 1001 Movies You Must See Before You Die

Expert critics in each genre of film, from romance to horror and sci-fi, have once again painstakingly revised this list of essential must see-movies to bring the must-watch list bang up to date for 2017, from great classics like The Birth of a Nation and Gone With the Wind to more recent offerings like Moonlight, Arrival, La La Land and Mad Max: Fury Road. Each entry tells you exactly why these films deserve inclusion in this definitive illustrated list, engaging readers in each film's concept development and production, including curious trivia facts about the movies, as well as the most famous pieces of memorabilia associated with them.

Illustrated with hundreds of stunning film stills, portraits and poster art 1001 Movies You Must See Before You Die offers an incredible visual insight into the world of modern cinema. It puts together the most significant movies from all genres, from animation to Western, through action, comedy, documentary, musical, noir, romance, thriller, short and sci-fi. Movies from over 30 different countries have been included, offering a truly wide multi-cultural perspective, and the time span includes more than a century of extraordinary cinematography.

Packed with vital statistics, and a few facts that might surprise you, this is a collector's must for the bookshelf as well as an entertaining read for all those who love the world of film. Whether your passion lies with The Blue Angel or Blue Velvet, from the films you shouldn't have missed the first time around, to the films you can see again and again, 1001 Movies You Must See Before You Die is the definitive guide for all movie lovers.

Buy 1001 Movies You Must See Before You Die by Steven Jay Schneider from Australia's Online Independent Bookstore, Boomerang Books. 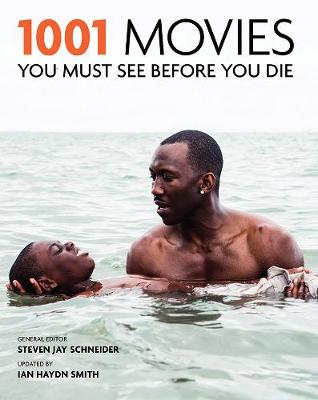 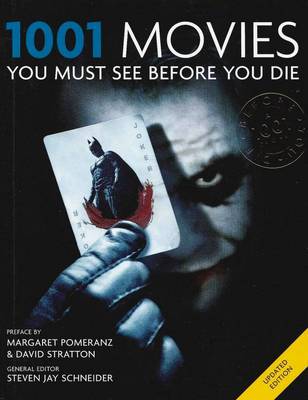 » Have you read this book? We'd like to know what you think about it - write a review about 1001 Movies You Must See Before You Die book by Steven Jay Schneider and you'll earn 50c in Boomerang Bucks loyalty dollars (you must be a Boomerang Books Account Holder - it's free to sign up and there are great benefits!)

Steven Jay Schneider, one of the true connoisseurs of movie horror, has written, talked, taught and published extensively on all aspects of film, from aesthetics and psychoanalysis to the joys of the slasher flick. Here he has brought together more than 50 of the finest writers, reviewers, critics, professors, aficionados and filmmakers from around the globe. From Le Monde's Jean-Michel Frodon in Paris to Undercurrent's Chris Fujiwara in Tokyo, the team compromises the best that film writing has to offer and includes contributors to Empire, Sight & Sound, Time Out, Rolling Stone, the New York Times, Total Film, International Film Guide, LA Weekly, CineAction, Film Quarterly, NME, the Washington Post, Filmmaker, Moviemaker and many more.