People say the Cold War is coming back.For some, it never went away.Shot down over Siberia in what was to be a simple meet-and-greet-mission, ex-Justice Department agent Cotton Malone is forced into a fight for survival against Aleksandr Zorin, whose loyalty to the former Soviet Union has festered for decades into an intense hatred of the United States.Before escaping, Malone learns that Zorin is headed for North America to join another ex-KGB officer, a long-term sleeper imbedded in the West in the dying days of the old U.S.S.R.Inauguration Day for a new President of the U.S.A. is only hours away. Zorin's deadly plan of attack will exploit both a flaw in the Constitution, and an even more flawed presidential succession act, to bring about political chaos.Armed with a weapon left over from the Soviet years, one long thought to be just a myth, Zorin is aided by a shocking secret hidden in the archives of America's oldest fraternal organization, the Society of Cincinnati. This group once lent out its military know-how to presidents, even helping to formulate three covert invasion plans of Canada.In a race against the clock from Russia to the White House itself, Malone must not only battle Zorin, he must also confront his deepest fear, a crippling weakness that he's long denied but one that now jeopardizes everything. Steve Berry's trademark mix of fact, fiction, history and speculation is all here in this fast-paced and utterly compelling new thriller.

Other Editions - The 14th Colony by Steve Berry 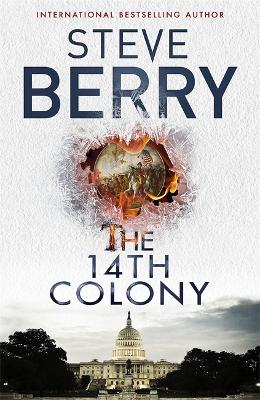 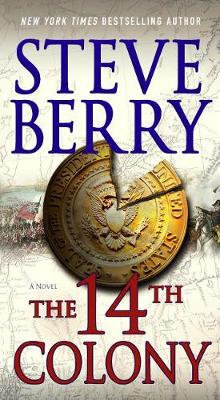 » Have you read this book? We'd like to know what you think about it - write a review about 14th Colony book by Steve Berry and you'll earn 50c in Boomerang Bucks loyalty dollars (you must be a Boomerang Books Account Holder - it's free to sign up and there are great benefits!)

Steve Berry is the New York Times and #1 internationally bestselling author of THE LINCOLN MYTH, THE KING'S DECEPTION, THE COLUMBUS AFFAIR, THE JEFFERSON KEY, THE EMPEROR'S TOMB, THE PARIS VENDETTA, THE CHARLEMAGNE PURSUIT, THE VENETIAN BETRAYAL, THE ALEXANDRIA LINK, THE TEMPLAR LEGACY, THE THIRD SECRET, THE ROMANOV PROPHECY, and THE AMBER ROOM. His books have been translated into 40 languages with 17,000,000 copies in 51 countries.History lies at the heart of every Steve Berry novel. It's his passion, one he shares with his wife, Elizabeth, which led them to create History Matters, a foundation dedicated to historic preservation. Since 2009 Steve and Elizabeth have crossed the country to save endangered historic treasures, raising money via lectures, receptions, galas, luncheons, dinners and their popular writers' workshops. To date, nearly 2,500 students have attended those workshops. In 2012 their work was recognized by the American Library Association, which named Steve the first spokesman for National Preservation Week. He was also appointed by the Smithsonian Board of Regents to serve on the Smithsonian Libraries Advisory Board to help promote and support the libraries in their mission to provide information in all forms to scientists, curators, scholars, students and the public at large. He has received the Royden B. Davis Distinguished Author Award; the 2013 Barnes & Noble Writers for Writers Award; his novel The Columbus Affair earned him the Anne Frank Human Writes Award; and International Thriller Writers bestowed him the 2013 Silver Bullet for his work with historic preservation. Steve was born and raised in Georgia, graduating from the Walter F. George School of Law at Mercer University. He was a trial lawyer for 30 years and held elective office for 14 of those years. He is a founding member of International Thriller Writers - a group of more than 2,600 thriller writers from around the world - and served for three years as its co-president. For more information, visit www.steveberry.org.

A Preview for this title is currently not available.
More Books By Steve Berry
View All