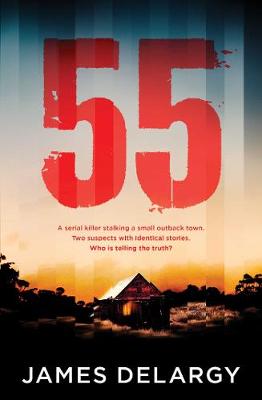 There were 54 victims before this. Who is number 55? A thriller with a killer hook, and an ending that will make you gasp!

Wilbrook in Western Australia is a sleepy, remote town that sits on the edge of miles and miles of unexplored wilderness. It is home to Police Sergeant Chandler Jenkins, who is proud to run the town's small police station, a place used to dealing with domestic disputes and noise complaints.

All that changes on a scorching day when an injured man stumbles into Chandler's station. He's covered in dried blood. His name is Gabriel. He tells Chandler what he remembers.
He was drugged and driven to a cabin in the mountains and tied up in iron chains. The man who took him was called Heath. Heath told Gabriel he was going to be number 55. His 55th victim.

Heath is a serial killer.

As a manhunt is launched, a man who says he is Heath walks into the same station. He tells Chandler he was taken by a man named Gabriel. Gabriel told Heath he was going to be victim 55.

Gabriel is the serial killer.

Two suspects. Two identical stories. Which one is the truth?

James Delargy has written one of the most exciting debuts of 2019. He masterfully paints the picture of a remote Western Australian town and its people, swallowed whole by the hunt for a serial killer.

Other Editions - 55 by Mr. James Delargy 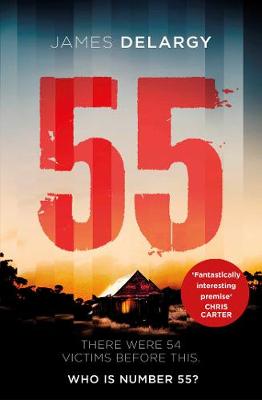 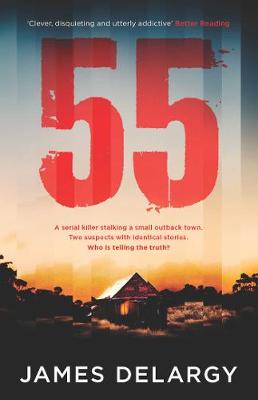 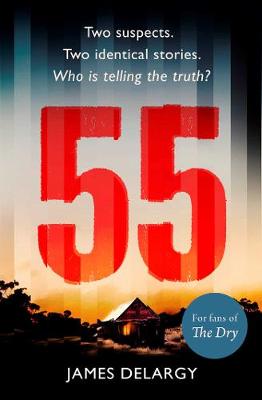 » Have you read this book? We'd like to know what you think about it - write a review about 55 book by Mr. James Delargy and you'll earn 50c in Boomerang Bucks loyalty dollars (you must be a Boomerang Books Account Holder - it's free to sign up and there are great benefits!)

4 stars From the opening pages of his first novel, 55, Irish-born author, James Delargy creates instant intrigue when two men, clearly in fear of their lives, enter a remote Western Australian town in short succession claiming to have barely escaped a serial killer. The details of their ordeals are virtually identical, except that each names the other as the killer, and themselves as number 55.

With his staff of four, Wilbrook’s Sergeant Chandler Jenkins is ill-equipped to mount a search when one of the men disappears, and finds his town overrun by the expensively-besuited Inspector Mitchell Andrews and his slick-looking team of ten. Mitch and Chandler started out in the force together, but ten years earlier, their paths diverged.

Delargy’s protagonist is a young cop with integrity whose focus on the case is blurred by the uncomfortable history he has with Mitch. Chandler chose family life while ambitious Mitch chose a career; now, though, Chandler finds that what he does have is under threat. While Chandler is a believable character (although his self-pity and resentment wears a little thin), Mitch seems exaggerated to almost a stereotype. The minor characters show a little depth but don’t really get a chance to shine.

A secondary narrative details the search, ten years earlier, for a missing bush walker that highlighted how very different Chandler and Mitch were, both as policemen and as people, a difference that seems, if anything, to have amplified over the intervening years.

Delargy’s descriptive prose easily conveys the Pilbara: the dry, searing heat, the desiccated landscape, the vastness, the challenge of distance, and the isolation. Well-articulated, too, are the small-town attitudes, with some sense of, community but also gossip, nosiness, and the disconnection from the city. The resultant boredom evidenced by the younger police officers’ hunger for some excitement.

Delargy certainly keeps his reader guessing about what really happened and whether either of the two are telling the truth as he sprinkles clues and red herrings throughout the story, inserting twists and turns right up to a dramatic climax and the shocking conclusion. A crime thriller that starts with great promise but doesn’t quite deliver. This unbiased review is from an uncorrected proof copy provided by NetGalley and Simon and Schuster Australia.