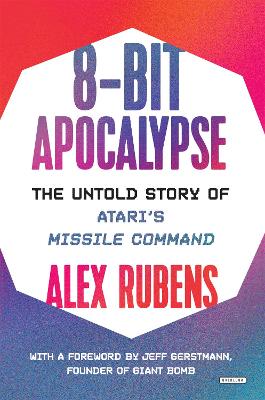 Before Call of Duty, before World of Warcraft, before even Super Mario Bros., the video game industry exploded in the late 1970s with the advent of the video arcade. Leading the charge was Atari Inc., the creator of, among others, the iconic game Missile Command. The first game to double as a commentary on culture, Missile Command put the players' fingers on "the button," making them responsible for the fate of civilization in a no-win scenario, all for the price of a quarter. The game was marvel of modern culture, helping usher in both the age of the video game and the video game lifestyle. Its groundbreaking implications inspired a fanatical culture that persists to this day.As fascinating as the cultural reaction to Missile Command were the programmers behind it. Before the era of massive development teams and worship of figures like Steve Jobs, Atari was manufacturing arcade machines designed, written, and coded by individual designers. As earnings from their games entered the millions, these creators were celebrated as geniuses in their time; once dismissed as nerds and fanatics, they were now being interviewed for major publications, and partied like Wall Street traders. However, the toll on these programmers was high: developers worked 120-hour weeks, often opting to stay in the office for days on end while under a deadline. Missile Command creator David Theurer threw himself particularly fervently into his work, prompting not only declining health and a suffering relationship with his family, but frequent nightmares about nuclear annihilation. To truly tell the story from the inside, tech insider and writer Alex Rubens has interviewed numerous major figures from this time: Nolan Bushnell, founder of Atari; David Theurer, the creator of Missile Command; and Phil Klemmer, writer for the NBC series Chuck, who wrote an entire episode for the show about Missile Command and its mythical "kill screen." Taking readers back to the days of TaB cola, dot matrix printers, and digging through the couch for just one more quarter, Alex Rubens combines his knowledge of the tech industry and experience as a gaming journalist to conjure the wild silicon frontier of the 8-bit '80s. 8-Bit Apocalypse: The Untold Story of Atari's Missile Command offers the first in-depth, personal history of an era for which fans have a lot of nostalgia. 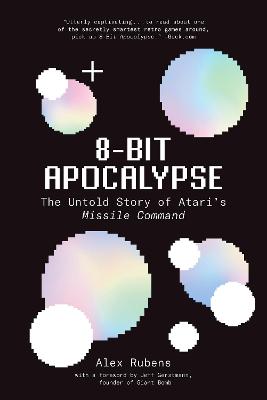 » Have you read this book? We'd like to know what you think about it - write a review about 8-Bit Apocalypse: The Untold Story of Atari's Missile Command book by Alex Rubens and you'll earn 50c in Boomerang Bucks loyalty dollars (you must be a Boomerang Books Account Holder - it's free to sign up and there are great benefits!)


A Preview for this title is currently not available.
More Books By Alex Rubens
View All