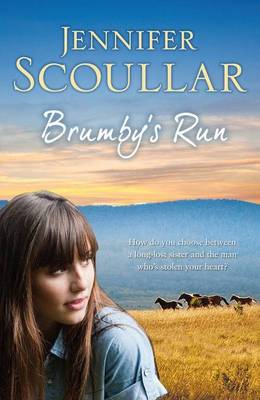 Brumby's Run tells the story of Samantha Carmichael, a young woman whose life is turned upside down when she discovers she was adopted - and that she has a twin sister, who is now critically ill. With little warning, Sam finds herself looking after her newfound sister's farm, high in the Victorian Alps. What starts as a daunting challenge soon becomes a wholehearted tree change, as Sam grows to love the property and the locals - especially handsome mountain cattleman Drew Chandler. But is Sam's sister ready to really accept her into her life? And can Sam truly leave the city behind? 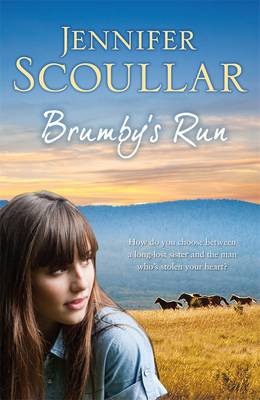 » Have you read this book? We'd like to know what you think about it - write a review about Brumby's Run book by Jennifer Scoullar and you'll earn 50c in Boomerang Bucks loyalty dollars (you must be a Boomerang Books Account Holder - it's free to sign up and there are great benefits!)

Brumby’s Run is Scoullar’s debut in the popular rural fiction market. Samantha Carmichael has plans for a sojourn in Paris before starting university in the new year when her mother reveals that Sam was adopted at birth and her twin sister, who grew up with their biological mother, is in dire need of a stem cell transplant to save her life. Meeting Charlene (Charlie) and Mary is a surreal experience for Sam but she is eager to get to know her family, whose circumstances are very different from her own. While the transplant is a success, Charlie still has months of recovery ahead and Sam, at odds with her mother, finds herself volunteering to look after their property in the Victorian Alps. With both trepidation and joy, Sam slips almost seamlessly into her sister’s life at Brumby’s Run delighted by the stunning landscape, the chance to train wild horses, and neighbour, Drew. She almost forgets that this life is not hers, and eventually her sister will want it back.

Almost the entire time I was reading Brumby’s Run I had the theme song and visuals from The Man From Snowy River (a classic Australian movie) running through my head. Hardly surprising since this novel is inspired by another of Banjo Pattersons poem, Brumby’s Run. It is the setting, Victoria’s high country, and the wild Brumby’s that inhabit it, that held me in thrall to this book. I could easily imagine the ramshackle house and its dusty yards that Sam finds in the mountains. Scoullar’s descriptions of the environment are evocative of the Australian bush, the towering gums, the rocky terrain and vista’s that stretch forever. I could almost hear the thundering gallop of dozens of wild horses wheeling through the forest, pursued by stockmen wielding cracking whips. Anyone who flirted with the fantasy of horse ownership as an adolescent will adore the Brumby’s that feature in the novel. From the proud stallion, Jarrang to Sam’s mount, Phoenix.

The storyline of Brumby’s Run explores the issues of identity and family loyalty. Sam is reassessing her identity with the discovery of her adoption and meeting her twin sister and biological mother, at a time when her relationship with her parents is difficult. Sam’s life of privilege has its own strictures and Brumby’s Run offers her a chance to live another life. She doesn’t envy Charlie her dysfunctional childhood but she does resent being the child that Mary gave away and at Brumby’s Run, Sam takes on Charlie’s identity without any real thought as to the consequences for both she and Charlie. Charlie is restless in Melbourne as she recovers, like Sam she resents in part what her twin has had, money, status and opportunities denied her and is hurt to find Sam has appropriated Charlie’s life in Currawong so well. This creates friction between the sisters, who despite their biological tie and identical appearance, are essentially strangers. I like how Scoullar chooses to the twist this conflict and allows both the sisters to explore alternatives to their birthright.

There is a romantic element to the story as Sam develops a relationship with Drew, complicated by his friendship with her sister. It’s Drew that keeps Sam grounded, and provides support and encouragement as she adjusts to her new lifestyle.

The only sticking point for me in the novel is the girl’s ages. I thought Sam’s maturity was at odds with both her age and her life experience, though Charlie’s behaviour is fairly age appropriate with outbursts of childishness. Still, I felt the girls should have been aged in their early twenties, though that would have required a little reworking of the plot, I think it could have been done quite easily to give Sam in particular a little more credibility.

I enjoyed Brumby’s Run, it has a strong storyline with appealing characters set within in a magnificent landscape. If you devoured the The Silver Brumby series as a child or had a crush on Tom Burlinson, you are sure to love Brumby’s Run.


A Preview for this title is currently not available.
More Books By Jennifer Scoullar
View All