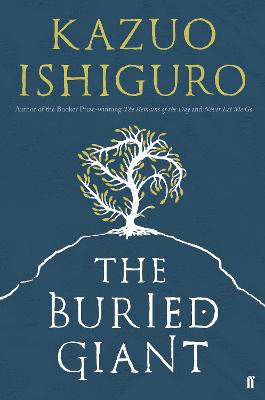 An extraordinary new novel from the author of Never Let Me Go and the Booker Prize winning The Remains of the Day'You've long set your heart against it, Axl, I know. But it's time now to think on it anew. There's a journey we must go on, and no more delay 'The Buried Giant begins as a couple set off across a troubled land of mist and rain in the hope of finding a son they have not seen in years.Sometimes savage, often intensely moving, Kazuo Ishiguro's first novel in a decade is about lost memories, love, revenge and war.

Other Editions - The Buried Giant by Kazuo Ishiguro 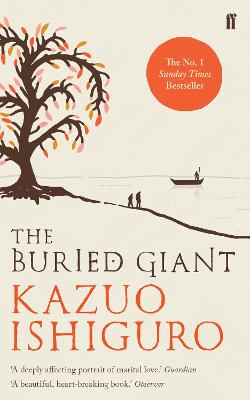 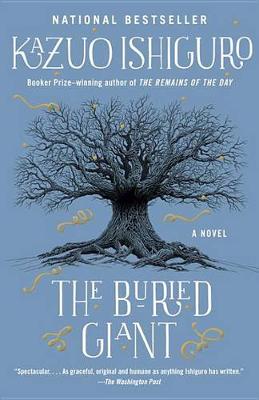 The Buried Giant from Kazuo Ishiguro

An extraordinary new novel from the author of Never Let Me Go and the Booker Prize-winning The Remains of the Day. The Buried Giant begins as a couple set off across a troubled land of mist and rain in the hope of finding a son they have not seen in years.

» Have you read this book? We'd like to know what you think about it - write a review about Buried Giant book by Kazuo Ishiguro and you'll earn 50c in Boomerang Bucks loyalty dollars (you must be a Boomerang Books Account Holder - it's free to sign up and there are great benefits!)

“…for if we’re mortal let us at least shine handsomely in God’s eyes while we walk this earth!”

The Buried Giant is the seventh novel by award-winning Japanese author, Kazuo Ishiguro. Set in post-Arthurian Britain, it follows the journey of a Briton couple, Axl and Beatrice, as they travel some distance to a village where their son, whom they have not seen for quite some years, now waits for them. Along the way, they are drawn into dramas and conflicts involving the people they encounter. The couple are convinced the land is plagued by a mist of forgetfulness, and determined to learn the cause, trusting their love will withstand any memories that are revealed.

Having already met a ferryman and a resentful widow, they are eventually accompanied by a Saxon warrior, a boy with a strange wound and an Arthurian knight with his faithful steed. At a monastery they seek and find wisdom and healing, but are also met with betrayal, monsters, and soldiers. And while one monk asserts “…we must uncover what’s hidden and face the past”, they have difficulty discerning truths from the half-truths and lies they are told. And if they achieve their goal and clear the mist? “Who knows what will come when quick-tongued men make ancient grievances rhyme with fresh desire for land and conquest?”

Ishiguro fills his tale with creatures, characters, objects and happenings from myth and legend: a she-dragon, pixies, a ferry crossing, ogres, instruments of torture, secret tunnels and sword battles. He touches on hate and tolerance, enmity and allegiance, honour and duty, love, loyalty and revenge, war and peace. An Arthurian form of censorship also features. Ishiguro treats the reader to some beautiful prose, but readers of his earlier work will remark on how different this one is. Quite unexpected.

With thanks to The Reading Room and Allen and Unwin for this copy to read and review.

Kazuo Ishiguro's seven previous books have won him wide renown and many honours around the world. His work has been translated into over forty languages. The Remains of the Day and Never Let Me Go have each sold in excess of 1,000,000 copies in Faber editions alone, and both were adapted into highly acclaimed films.

My Twentieth Century Evening and Other Small Breakthroughs
$7.99 $9.99