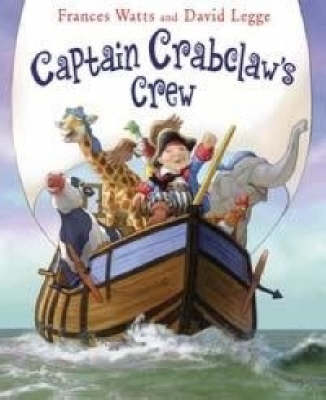 'Pirate crew wanted to search for treasure. Must be fearsome!' When Captain Crabclaw advertises for a crew for his new ship, the Speedy Squid, he doesn't expect to get a duck, a cow, an elephant and a giraffe! It's hoist the mainsail and anchors aweigh with the most unusual pirate crew the high seas have ever seen! this rollicking tale of swashbuckling and scrambled eggs will delight landlubbers young and old. 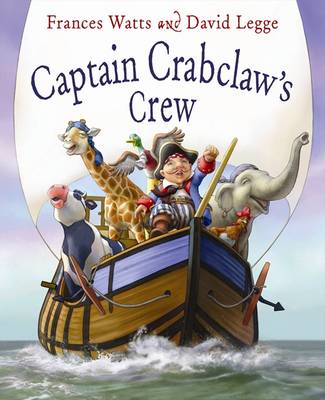 » Have you read this book? We'd like to know what you think about it - write a review about Captain Crabclaw's Crew book by Frances Watts and you'll earn 50c in Boomerang Bucks loyalty dollars (you must be a Boomerang Books Account Holder - it's free to sign up and there are great benefits!)

What a charming tale of a Pirate Captain who get's some interesting applicants when he advertises for a crew to go off plundering the seas for gold to fill his treasure chests.

What he ends up with are a motley crew of animals who despite assuring him they are fearsome (as asked for in the job description), their chosen victims only tremble in fits of laughter and they are sent home with their tails, quite literally, between their legs.

All is not lost however as the crew come up with a cunning plan to help their captain get his gold.

Frances Watts' first book for children, Kisses for Daddy, was shortlisted in the 2006 CBC Picture Book of the Year awards. Her next book, Parsley Rabbit's Book about Books was the Eve Pownall award winner in the 2008 CBC Awards. David Legge is the illustrator of many innovative picture books, including the award-winning Bamboozled, Baby Boomsticks, Kisses for Daddy and Parsley Rabbit's Book about Books.