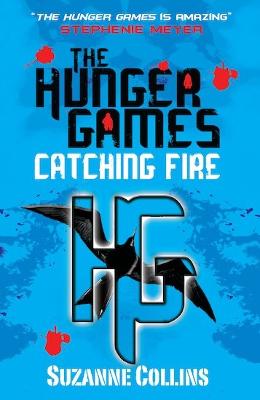 Against all odds Katniss Everdeen has won the annual Hunger Games with fellow District 12 tribute Peeta Mellark. But it was a victory won by defiance of the Capitol and its harsh rules. Katniss and Peeta should be happy. After all, they have secured, for themselves and their families, a life of safety and plenty. They will live in fancy houses in Victory Village, their families will never be hungry again, and the cruel games are behind them. But there are rumours of rebellion among the other districts, and to Katniss's horror, Katniss and Peeta are the faces of that rebellion. The Capitol is angry. The Capitol wants revenge. The Capitol will not be fooled again. Suzanne Collins continues the amazing story of Katniss Everdeen in this second novel of the phenomenal Hunger Games trilogy. 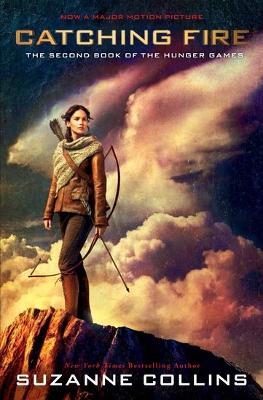 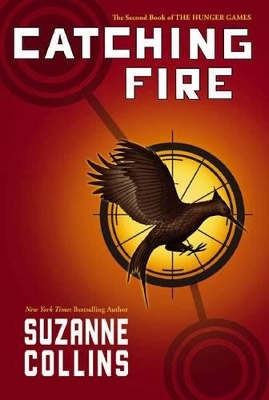 » Have you read this book? We'd like to know what you think about it - write a review about Catching Fire book by Suzanne Collins and you'll earn 50c in Boomerang Bucks loyalty dollars (you must be a Boomerang Books Account Holder - it's free to sign up and there are great benefits!)

I cant help feeling somewhat let down with Catching Fire. While the first book showed some promise of things to come this book was quite slow moving with the first three quarters of the book being almost filler and the last quarter being a repeat of the first book in certain ways.

The books continues almost 6 months after the Hunger Games. People are rebelling and Katniss is almost like a symbol of hope and courage for the uprising against the Capitol.

The last few pages were good where the book is left on a nice Cliff Hanger.

Not the best book I have read but far from the worst.....need a break before tackling the final.

Catching Fire is the second book of the Hunger Games Trilogy by Suzanne Collins. Set some six months after the end of the Hunger Games, Katniss Everdeen and Peeta Mellark are required to take part in the Victory Tour through each of the Districts to keep the power of the Capitol and the consequences of rebellion uppermost in the minds of the people. Relations between Katniss and Gale Hawthorne are strained. There are some rumours of uprisings in the other districts. The repulsive President Snow gives Katniss an ultimatum. Once again, fast-paced and filled with action, Collins leaves the reader wanting more. Can't wait for Mockingjay