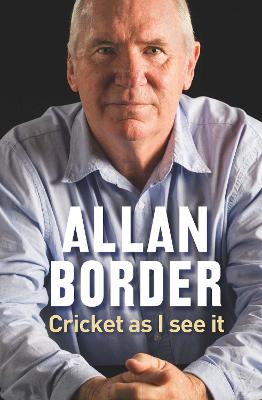 Cricket As I See It

Description - Cricket As I See It by Allan Border

In the twenty years since Allan Border retired as Australian cricket captain he's been one of the game's closest and most astute observers. His views on cricket - based on his experiences as a player, a captain, a selector and a commentator - are fascinating, forthright and informed by more than three decades of involvement at the game's highest level.

In Cricket as I See It he gives us his wisdom and opinions on the game he loves - from epic Tests, the rising power of India, and the Twenty20 revolution, through to his thoughts on captaincy, and the essential arts of batting, bowling and sledging. He reflects on the great players and contests of his generation, as well as controversies such as the underarm bowling affair, the turbulent events that led to him shouldering the captaincy, the rebel tour of South Africa, Steve Waugh's dropping as one-day captain, and the divisive 'Monkeygate' scandal. With cricket, Allan calls it as he sees it, and the result is a book to be savoured and enjoyed by cricket lovers everywhere.

Buy Cricket As I See It by Allan Border from Australia's Online Independent Bookstore, Boomerang Books.

Other Editions - Cricket As I See It by Allan Border 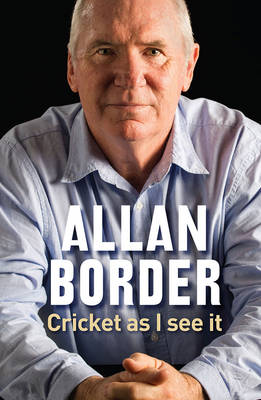 Book Reviews - Cricket As I See It by Allan Border

» Have you read this book? We'd like to know what you think about it - write a review about Cricket As I See It book by Allan Border and you'll earn 50c in Boomerang Bucks loyalty dollars (you must be a Boomerang Books Account Holder - it's free to sign up and there are great benefits!)

Allan Border AO is one of Australia's most respected former cricketers. A top-order batsman, Border was the Australian captain from 1984 to 1994, overseeing the development of the Australian team from the tumultuous birth of World Series Cricket to becoming the world's most dominant team in the 1990s. He played 156 Test matches in his career, a record until it was passed by Steve Waugh. Border still holds the world record for the number of consecutive Test appearances. His world record 11,174 Test runs, including 27 centuries, was only passed by the brilliant Brian Lara in 2005. The Allan Border medal, named in his honour, is awarded annually to the most outstanding cricketer of the preceding season, and he was one of the 55 inaugural inductees of the ICC Cricket Hall of Fame.

A Preview for this title is currently not available.
More Books By Allan Border
View All