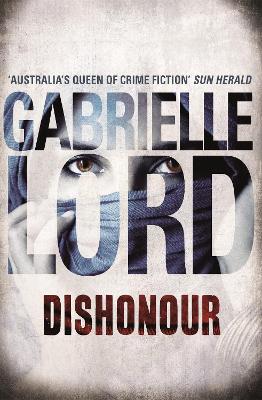 Detective-Inspector Debra Hawkins has domestic violence in her sights. But as head of a new police unit targeting violence against women, she has hit a wall of silence. How can she help Rana al-Sheikly, a young woman who yearns for the freedom to lead her own life while her brothers are planning to send her into a forced marriage in Iraq? And what is the connection between these men and the crime gangs that are running rife in the suburbs? A series of anonymous emails has Deb following her personal secrets, too - back to her childhood and the murder of her police sergeant father. Who is digging up the past, threatening Debra's hard-won career, and even her life?In the tradition of the bestsellers that made her name - FORTRESS and WHIPPING BOY - Gabrielle Lord taps straight into the issues that create the headlines.

» Have you read this book? We'd like to know what you think about it - write a review about Dishonour book by Gabrielle Lord and you'll earn 50c in Boomerang Bucks loyalty dollars (you must be a Boomerang Books Account Holder - it's free to sign up and there are great benefits!)