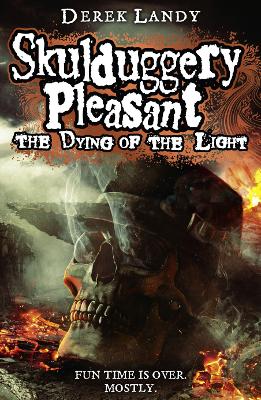 The Dying of the Light

Description - The Dying of the Light by Derek Landy

Valkyrie. Darquesse. Stephanie. The world ain't big enough for the three of them. The end will come...

The War of the Sanctuaries has been won, but it was not without its casualties. Following the loss of Valkyrie Cain, Skulduggery Pleasant must use any and all means to track down and stop Darquesse before she turns the world into a charred, lifeless cinder.

And so he draws together a team of soldiers, monster hunters, killers, criminals... and Valkyrie's own murderous reflection.

The war may be over, but the final battle is about to begin. And not everyone gets out of here alive...

Buy The Dying of the Light by Derek Landy from Australia's Online Independent Bookstore, Boomerang Books.


Other Editions - The Dying of the Light by Derek Landy 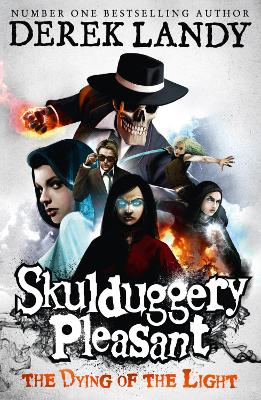 Book Reviews - The Dying of the Light by Derek Landy

» Have you read this book? We'd like to know what you think about it - write a review about Dying of the Light book by Derek Landy and you'll earn 50c in Boomerang Bucks loyalty dollars (you must be a Boomerang Books Account Holder - it's free to sign up and there are great benefits!)

Derek Landy is the author of the internationally bestselling Skulduggery Pleasant series. He doesn't like to brag about all the awards he's won, such as the Irish Book of the Decade, or the Red House in the UK, or all the other awards that he humbly displays on his mantelpiece. He is also far too modest to mention things like the first book being a Publisher's Weekly Best Book of the Year, but would like to extend an invitation to Oprah to pop around one day for tea, in thanks for selecting his book for the Oprah's Book Club Kids Reading List. Derek plays too many video games, reads too many comics, and watches too many movies. He lives in Ireland with too many cats and too many dogs. Occasionally he talks to real people, but only when he absolutely has to.