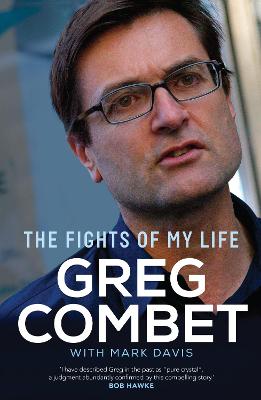 The Fights of My Life

Description - The Fights of My Life by Greg Combet

A call to arms in the fight for fairness and justice

Greg Combet has been at the centre of some of the biggest battles of our time-the waterfront dispute, the collapse of an airline, compensation for asbestos victims, the campaign against unfair workplace laws and then climate change. From an isolated childhood on the Minchinbury estate west of Sydney, Combet's world changed dramatically with the early death of his father, a wine-maker.
Facing many challenges, he rose to lead the Australian trade union movement and become a senior minister in the Rudd and Gillard Labor governments. Along the way he has struggled with political ideology, the impact of work on his family and the relentless demands of the parliamentary life.
The Fights of My Life is the story of a man who faces up to the power structures of politics, big business and the media. He now makes the case that the labour movement's work is far from done-the Labor Party and the trade unions must democratise to engage the next generation of activists to fight the good fight- to achieve a more fair and just Australia.

Buy The Fights of My Life by Greg Combet from Australia's Online Independent Bookstore, Boomerang Books.

Other Editions - The Fights of My Life by Greg Combet 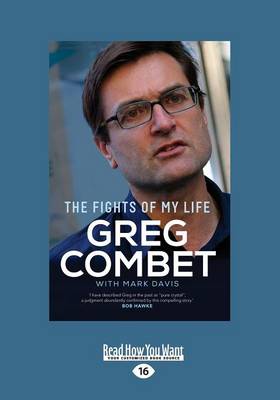 Book Reviews - The Fights of My Life by Greg Combet

» Have you read this book? We'd like to know what you think about it - write a review about Fights of My Life book by Greg Combet and you'll earn 50c in Boomerang Bucks loyalty dollars (you must be a Boomerang Books Account Holder - it's free to sign up and there are great benefits!)

Greg Combet is well known for his roles as the leader of the ACTU and as a Labor government minister. Less well known is that he grew up on a winery in Rooty Hill, worked as a coal miner and has a life-long passion for Gouldian finches. Combet is a proven leader and crisis manager, a veteran of some of Australia's largest industrial disputes, a fighter for social justice. Following two terms in parliament during which he had carriage of climate change policy, Combet is now pursuing a career in the superannuation industry and the private sector. He was awarded a Member of the Order of Australia in 2006 for his role in securing compensation for James Hardie asbestos victims. He lives in Sydney with his partner Juanita Philips and is currently designing his latest aviary. Mark Davis spent more than 20 years as a journalist covering industrial relations, transport, economics and politics for The Age, The Australian Financial Review and The Sydney Morning Herald. He was a deputy editor of the Australian Financial Review and a federal vice-president and industrial officer for the Media Entertainment and Arts Alliance. He has known Greg Co