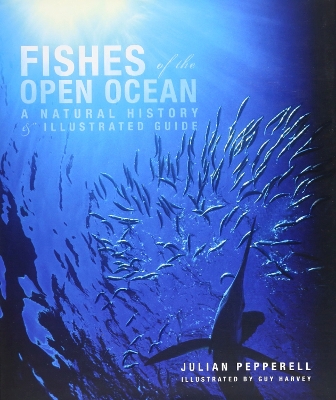 Fishes of the Open Ocean

A Natural History and Illustrated Guide

Description - Fishes of the Open Ocean by Julian Pepperell

Between the surface of the sea and depths of two hundred meters lies a remarkable range of fish, generally known as pelagics, or open-ocean dwellers. These creatures are among the largest, fastest, highest-leaping, and most migratory fish on the entire planet. Beautifully adapted to their world, they range from tiny drift fish and plankton-straining whale sharks to more streamlined predators such as tuna, marlin, sailfish, and wahoo. "Fishes of the Open Ocean", from leading marine biologist and world authority on the subject Julian Pepperell, is the first book to comprehensively describe these fishes and explore the complex and often fragile world in which they live. In what will be the definitive book on the subject for years to come - and, with over three hundred color images, the most lavishly produced as well - Pepperell details the environment and biology of every major species of fish that inhabits the open ocean, an expanse that covers 330 million cubic miles and is the largest aquatic habitat on the Earth.
The first section of the book introduces the various evolutionary forms these fish have taken, as well as the ways in which specific species interact and coevolve with others in the food web. A chapter on commercial and sport fisheries explores the human element in this realm and considers such issues as sustainability, catch-and-release initiatives, and the risks of extinction. Flying fish, great white sharks, sardines, mackerel, Chinook salmon, giant sunfish - virtually every fish of the open ocean gets its due in this essential resource, a book that will enthrall anglers, mariners, conservationists, and newcomers to the subject alike. The second section of the book provides species accounts of open-ocean dwellers organized by group, with overviews and general descriptions that are inclusive of range and distribution, unique physiological and morphological attributes, and the role of each species within its ecosystem. Global distribution maps, original illustrations from renowned artist and scientist Guy Harvey, and truly stunning images from some of the world's leading underwater photographers round out this copiously illustrated volume.

Other Editions - Fishes of the Open Ocean by Julian Pepperell 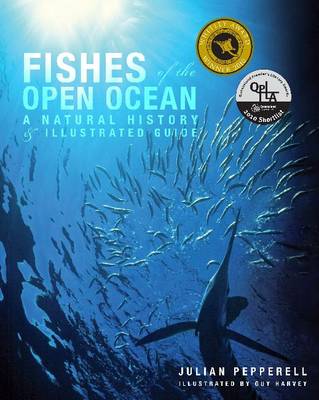 Book Reviews - Fishes of the Open Ocean by Julian Pepperell

» Have you read this book? We'd like to know what you think about it - write a review about Fishes of the Open Ocean book by Julian Pepperell and you'll earn 50c in Boomerang Bucks loyalty dollars (you must be a Boomerang Books Account Holder - it's free to sign up and there are great benefits!)

Julian Pepperell is one of the best-known marine biologists in the world and a leading authority on marlin, sailfish, tuna, and sharks. He has conducted research on these fishes in partnership with governments across the globe for over thirty years and is an adjunct professor at a number of universities. He is past president of the Australian Society for Fish Biology and recipient of the prestigious Conservation Award from the International Game Fish Association. Guy Harvey is a unique blend of artist, scientist, diver, angler, and conservationist. In 1999 he collaborated with the Oceanographic Center of Nova Southeastern University to create the Guy Harvey Research Institute, providing scientific information for effective conservation and restoration of fish biodiversity.

A Preview for this title is currently not available.
More Books By Julian Pepperell
View All

Fishing for the Past: Casting nets and lines into Australia's early colonial history
$29.36 $34.95