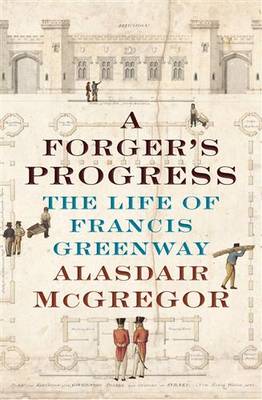 The Life of Francis Greenway

Talented, well trained and confident in his own abilities and worth, Australia's first government architect was also hot-headed and tactless.

Sentenced to death for forgery, then granted a last-minute reprieve, Francis Greenway was transported to New South Wales in 1814. Within a single eventful decade, Greenway's and Governor Lachlan Macquarie's transformation of Sydney from a ramshackle convict garrison into an elegant city was well under way with buildings like the Hyde Park Barracks, St James' Church, Supreme Court and Windsor courthouse.

Award-winning author Alasdair McGregor - in the first biography of Greenway since 1953 - scrutinises the life and work of a man beset by contradictions and demons. He profiles Greenway's landmark buildings, his meteoric rise and his complex and fraught relationship with Governor Macquarie, along with his thwarted ambitions and self-destruction. All played out in a fledgling colony in the throes of change from far-flung gaol to a society of free settlers.

» Have you read this book? We'd like to know what you think about it - write a review about Forger's Progress book by Alasdair McGregor and you'll earn 50c in Boomerang Bucks loyalty dollars (you must be a Boomerang Books Account Holder - it's free to sign up and there are great benefits!)

Alasdair McGregor is a writer and painter based in Sydney. His book Grand Obsessions: The Life and Work of Walter Burley Griffin and Marion Mahony Griffin won the National Biography Award in 2011.

A Preview for this title is currently not available.
More Books By Alasdair McGregor
View All