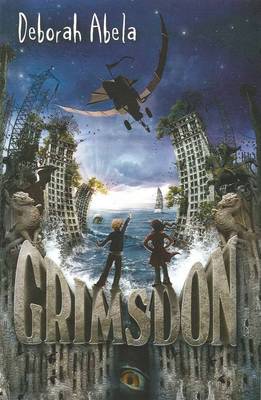 Bestselling author Deborah Abela brings us a heroine to love and a great deal of danger to overcome in this thrilling novel set in a post-apocalyptic, flooded world. Grimsdon is in ruins. Three years ago a massive wave broke its barriers and the sea flooded this grand city. Most were saved, some were lost and some were left behind. Isabella Charm and her best friend, Griffin, live with three other children in the top of an opulent mansion. They ve survived with the help of Griffin s brilliant inventions, Isabella s fighting skills and their vow to look after each other. But what will happen when a newcomer arrives in his flying machine? Grimsdon is full of hidden perils, from bounty hunters to sneaker waves. Could Xavier s daredevil risks put all their lives in danger?

Other Editions - Grimsdon by Deborah Abela 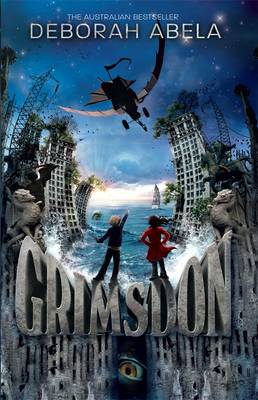 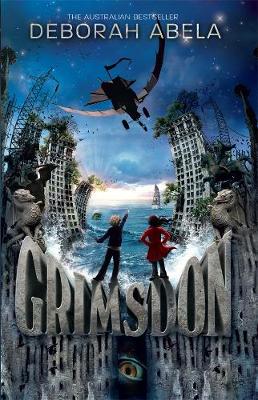 » Have you read this book? We'd like to know what you think about it - write a review about Grimsdon book by Deborah Abela and you'll earn 50c in Boomerang Bucks loyalty dollars (you must be a Boomerang Books Account Holder - it's free to sign up and there are great benefits!)

Three years earlier, the town Grimsdon was hit by a massive wave that flooded the town. Most were saved, some were left to rot and some were left behind choosing their destiny in the unsafe village of Grimsdon. Isabella Charm and her best friend Griffin along with some younger children (Raffy, Bea and Fly)have survived in the ruins of Grimsdon relying on Griffin's magnificent inventions, Isabella's fighting skills and all their eagerness in scavenging for food and necessities. But when a new kid arrives in town, the gang have to make a big decision about whether they should allow him to roam their building or not. And is Sneddon really protecting them from bounty hunters? Or is he only in it for Griffin's inventions?

Having always been short and a bit of a coward, Deborah Abela dreamed of being braver and stronger, which is probably why she writes books about spies, ghosts, soccer legends and characters good with swords who take on sea monsters and evil harbour lords. She is the author of the Max Remy Superspy series, Jasper Zammit (Soccer Legend) series, Ghost Club series, The Remarkable Secret of Aurelie Bonhoffen and Grimsdon. She's won awards for her books but mostly hopes, one day, to be as brave as the characters inside.