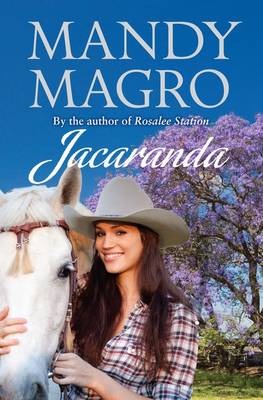 At nineteen, Molly Jones has the world at her feet. Then one drunken night she falls into bed with Mark, a cowboy just passing through. By the time Molly realises she's pregnant, Mark is long gone. Now, at twenty-six, Molly's life is almost perfect. She's the devoted mother of Rose, and a renowned horse trainer. She lives amid the beauty of Jacaranda Farm, surrounded by family and friends - none closer than hunky stockman Heath. But she's still looking for the love of her life, and a father for Rose. When Mark stumbles back into her world, as charming as ever, Molly begins to hope for a future she'd long ago relinquished. But how will Mark react when he learns he's a father? And could the man of Molly's dreams be closer to home than she thinks?

Other Editions - Jacaranda by Mandy Magro 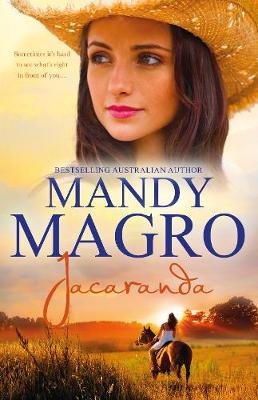 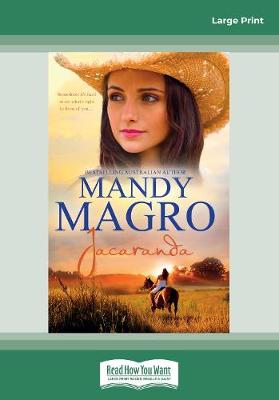 » Have you read this book? We'd like to know what you think about it - write a review about Jacaranda book by Mandy Magro and you'll earn 50c in Boomerang Bucks loyalty dollars (you must be a Boomerang Books Account Holder - it's free to sign up and there are great benefits!)

Book Review: Jacaranda by Mandy Magro - Reviewed by Shelleyrae (21 May 2012)

This is Mandy Magro's second novel, drawing on her experiences of life on the land in Northern Queensland, and Jacaranda is a heartwarming contemporary rural romance with just a touch of drama to keep things interesting.

Despite having endured the tragic loss of her parents and her best friend, Jenny, in separate accidents, Molly Jones is content with her life at Jacaranda Farm with her grandparents and six year old daughter, Rose. Molly's only regret is that Rose has never known her father, a charming cowboy that disappeared after their one night together, and she dreams of finding a loving partner and creating a stable family for Rose. When Molly recognises Mark at the local pub, playing with a band passing through town, she hopes that he will welcome the news he is a father, but decides to learn more about him first before revealing her secret. Heath Miller, a station hand on Jacaranda Farm, is disappointed when Molly begins dating Mark. He has been hiding his feelings for Molly for months, unsure if she would even consider a future with him given his history with Jenny. Learning Mark is Rose's father is a further blow but it gives Heath the incentive he needs to confess his love to Molly, hoping he will be the one who provides Molly and Rose with their 'happily ever after'. It is the complications of the romantic attraction between Molly and Heath that is the focus of the story, but Magro also explores what it means to be a family. Tragedy has already struck Molly twice before the novel begins but she is tested again within the book when a fire threatens the life of her daughter and herself. I liked the characters of Jacaranda, Molly is a mature 26 year old who is raising her daughter while working as an accomplished horse trainer at her grandparent's fruit and cattle farm. She is sweet and good-natured despite having experienced devastating loss, and you can't help but want her, and her delightful daughter Rose, to find happiness. Fun loving Jade is Molly's best friend and I found it interesting that Magro chose to make her a lesbian, which allowed her to briefly acknowledge homophobia in the bush. The station hands, Trev and Kenny, are typical Aussie larrikins as is Heath though, as the romantic lead, his character is afforded more depth. Mark, Heath's rival for Molly's affection, isn't everything he seems and though I am not sure I agree with the twist Magro gave to his storyline, it does redeem his character somewhat. The setting of of the novel is distinctly Australian, Magro accurately portrays the hard work of raising cattle and growing citrus fruit on Jacaranda Farm as well as the fun to be had at country community events like the rodeo and outdoor drive-in. Magro doesn't shy away from Aussie colloquialisms which work in context of the story, and the occasional use of profanity doesn't bother me, but I have to admit I found a lot of the dialogue slightly unnatural, though I can't quite put my finger on why.

This is the first book I have read by this Australian author who is reportedly working on her third and fourth novels. The first, Rosalee Station was published in 2011. I enjoyed Jacaranda, finding it a quick, light romantic read with a satisfying 'happy ever after' ending, and wish Mandy Magro success with it.

Mandy Magro is the author of Rosalee Station.

A Preview for this title is currently not available.
More Books By Mandy Magro
View All