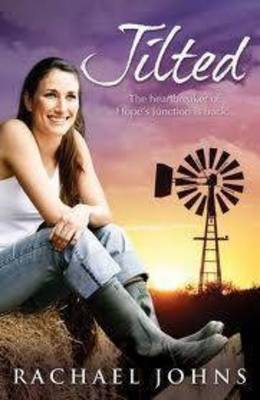 After more than ten years away, Australian soap star Ellie Hughes returns to the small country town of Hope Junction, determined to remain anonymous while caring for her injured godmother, Matilda.
But word spreads fast in the tight-knit community. It isn't long before the people of Hope are gossiping about the real reason for Ellie's visit and why she broke the heart of golden boy Flynn Quartermaine all those years ago.
Soon Ellie and Flynn are thrown back together again, forced to deal with the unresolved emotions between them. For Ellie is not the only one with secrets. Flynn has his own demons to battle, and Matilda is hiding something from her much-loved goddaughter.
When all is uncovered, can the ill-fated lovers overcome the wounds of their past? Or is Flynn destined to be jilted again?

Other Editions - JILTED by Rachael Johns 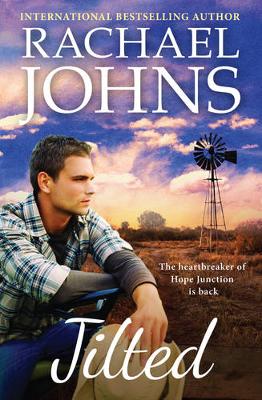 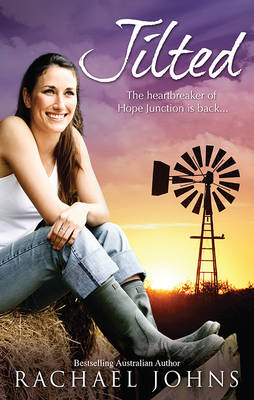 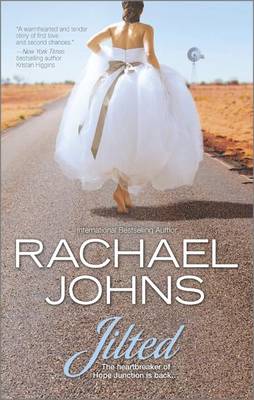 » Have you read this book? We'd like to know what you think about it - write a review about JILTED book by Rachael Johns and you'll earn 50c in Boomerang Bucks loyalty dollars (you must be a Boomerang Books Account Holder - it's free to sign up and there are great benefits!)

Rachel Johns contemporary rural romance, Jilted, is a wonderful story of second chance love in small town Australia. Ellie Hughes, a television soap star, has returned to Hope Springs to help her godmother, Matilda, while she is recovering from a broken ankle. A decade ago, Ellie fled the town leaving her fiance at the altar without any explanation. Ellie's return to Hope Springs puts her at the mercy of whispered speculation, more than a few dirty looks, and Flynn Quartermaine.

I found Ellie a likeable protagonist, despite her stardom, she is grounded and authentic. While at times she is insecure and vulnerable she has a core strength that allows her to face down those her shun her. Her loyalty to, and love for, Matilda is lovely and I enjoyed their close relationship. That Ellie finds the courage to confront Flynn and apologise without any expectation of forgiveness is also admirable. Ellie's reasons for jilting Flynn are not immediately clear, Johns hints at a deeper reason that that which she offers to both Matilda and Flynn but doesn't reveal it til near the end of the book. Ellie leaving the way she did left things unresolved for both she and Flynn and its this lack of closure that has left both of them vulnerable during the interceding years. I like the way in which the author shows how wary the pair are in renewing their acquaintance and the fragile process of rebuilding trust between them. As with most traditional romance leads, Flynn is handsome, desirable and a genuinely nice guy but he is not without his flaws, after Ellie's desertion he went a little wild, drinking too much and taking off. Johns skillfully illustrates Flynn's hurt at Ellie's rejection, his bewilderment as he discovers he is still attracted to Ellie and his pain and anger when he discovers why Ellie jilted him. I appreciate that his character is as well developed as Ellie's own. Jilted doesn't have the distinct Australian setting as some of the other rural romance novels I have read recently but between the weekend footy games, drama society, CWA functions and the odd eccentric resident, Hope Springs is a charming background for the novel. It takes courage for Ellie to return to the town where she is the subject of scorn for leaving Flynn in the lurch and she has to work hard to be accepted in the community. It is her love for Matilda that allows Ellie to brave, but it is Flynn's offer of forgiveness that gives her the opportunity she needs to regain acceptance. Jilted has a surprising depth, though the rekindling of the romance between Ellie and Flynn is the heart of this novel, Johns sensitively explores the emotive issues of terminal illness, alcoholism and rape. These rather dramatic subplots complement the growth of the protagonists rather than provide distraction which is important for me to believe in the story. I have very few criticisms of Jilted, I'm not fond of the town name which is a little twee, and I'm not keen on women throwing their career away for the sake of a relationship but they are minor quibbles. I thought the writing and dialogue accomplished - particularly for what is essentially a debut novel and the pacing just right.

I enjoyed Jilted as a contemporary romance and being an ex-Sandgroper (whose maiden name is Hughes!), I quickly grew fond of Hope Springs and it's residents. I'm a sucker for a happy ending and Rachael Johns provides one for Ellie and Flynn that left me smiling. I'm looking forward to the author's next novel, likely to be published in 2013.

Rachael Johns is an English teacher by trade, a mum 24/7, a supermarket owner by day, a chronic arachnophobic, and a writer by night. She rarely sleeps and never irons. She writes contemporary romance for HQN and Carina Press and lives in rural Western Australia with her hyperactive husband and three mostly-gorgeous heroes-in-training. Rachael loves to hear from readers and can be contacted through her website at www.rachaeljohns.com.

A Preview for this title is currently not available.
More Books By Rachael Johns
View All