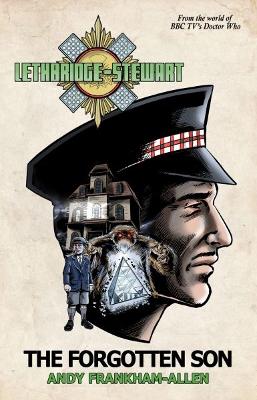 The Great Intelligence has been defeated. And Colonel Lethbridge-Stewart's world has changed.For Colonel Alistair Lethbridge-Stewart his life in the Scots Guards was straightforward enough; rising in the ranks through nineteen years of military service. But then his regiment was assigned to help combat the Yeti incursion in London, the robotic soldiers of an alien entity known as the Great Intelligence. For Lethbridge-Stewart, life would never be the same again. Now he has a mammoth task ahead of him - the repopulating of London; millions of civilians need to be returned home after being evacuated so suddenly. On top of that, he also has his engagement to think about.Meanwhile in the small Cornish village of Bledoe a man is haunted by the memory of an accident thirty years old. The Hollow Man of Remington Manor seems to have woken once more. And in Coleshill, Buckinghamshire, Mary Gore is plagued by the voice of a small boy, calling her home.What connects these strange events to the recent Yeti incursion, and just what has it all to do with Lethbridge-Stewart?A brand-new series of novels set just after the Doctor Who serial The Web of Fear, featuring the characters and concepts created by Mervyn Haisman & Henry Lincoln.

» Have you read this book? We'd like to know what you think about it - write a review about Lethbridge-Stewart book by Andy Frankham-Allen and you'll earn 50c in Boomerang Bucks loyalty dollars (you must be a Boomerang Books Account Holder - it's free to sign up and there are great benefits!)