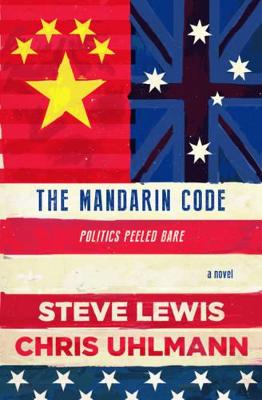 Negotiating Chinese ambitions and American loyalties turns deadly for some

Second novel in the series that brought you Chinese spies, American bluster, and the deadly dance of Australian politics, long before there was fake news. Inspiration behind the major TV series SECRET CITY.

A body pulled from the murky waters of Lake Burley Griffin links Canberra, Beijing and Washington in a titanic struggle where war is just a mouse click away.

Veteran reporter Harry Dunkley is chasing the scoop of his career, hunting for his best friend's killer. Navigating treacherous political waters where a desperate minority government edges ever closer to disaster, he delves into a cyber world where there are no secrets.

Friendship and loyalty give way to betrayal and revenge as Dunkley stumbles into the sights of the mandarins who wield real power - and who'll stop at nothing to retain it.

Political insiders Steve Lewis and Chris Uhlmann bring biting wit and behind-the-headlines insights to this sharply observed novel about growing Chinese influence, waning American power, and Australia's inevitable - and deadly - pursuit of a trade deal, in this sequel to the bestselling THE MARMALADE FILES.

'There is an eerie ring of reality' Daily Telegraph

'This is fiction, but truth lurks behind every corner of it' Canberra Times

'A ripsnorter of a political thriller that'll leave you thinking, I wonder if ... Highly recommended' Good Reading

» Have you read this book? We'd like to know what you think about it - write a review about Mandarin Code book by Steve Lewis and you'll earn 50c in Boomerang Bucks loyalty dollars (you must be a Boomerang Books Account Holder - it's free to sign up and there are great benefits!)


A Preview for this title is currently not available.
More Books By Steve Lewis
View All