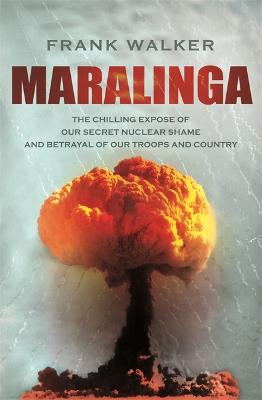 Investigative journalist Frank Walker's Maralinga is a must-read true story of the abuse of our servicemen, scientists treating the Australian population as lab rats and politicians sacrificing their own people in the pursuit of power.During the Menzies era, with the blessing of the Prime Minister, the British government exploded twelve atomic bombs on Australian soil. RAAF pilots were ordered to fly into nuclear mushroom clouds, soldiers told to walk into radioactive ground zero, sailors retrieved highly contaminated debris - none of them aware of the dangers they faced.But the betrayal didn't end with these servicemen. Secret monitoring stations were set up around the country to measure radiation levels and a clandestine decades-long project stole bones from dead babies to see how much fallout had contaminated their bodies - their grieving parents were never told. This chilling expose drawn from extensive research and interviews with surviving veterans reveals the betrayal of our troops and our country.

Other Editions - Maralinga by Frank Walker 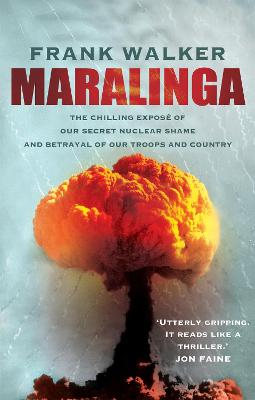 The Scandalous Freddie McEvoy: The true story of the swashbuckling Australian rogue
$26.39 $32.99

Traitors: How Australia and its Allies betrayed our ANZACs and let Nazi and Japanese war criminals go free
$18.39 $22.99

The Call of the Dark Continent: A Study in Missionary Progress, Opportunity and Urgency
$78.80 $87.55