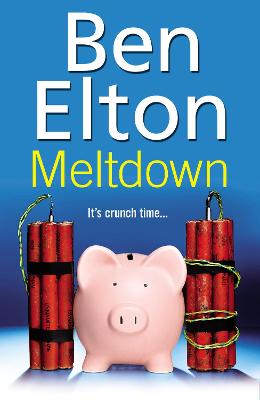 For amiable City trader Jimmy Corby money was the new Rock n' Roll. His whole life was a party, adrenalin charged and cocaine fuelled. If he hadn't met Monica he would probably have ended up either dead or in rehab.

But Jimmy was as lucky in love as he was at betting on dodgy derivatives, so instead of burning out, his star just burned brighter than ever. Rich, pampered and successful, Jimmy, Monica and their friends lived the dream, bringing up their children with an army of domestic helps.

But then it all came crashing down. And when the global financial crisis hit, Jimmy discovers that anyone can handle success. It's how you handle failure that really matters.

» Have you read this book? We'd like to know what you think about it - write a review about Meltdown book by Ben Elton and you'll earn 50c in Boomerang Bucks loyalty dollars (you must be a Boomerang Books Account Holder - it's free to sign up and there are great benefits!)

Ben Elton is one of Britain's most provocative and entertaining writers. From celebrity to climate change, from the First World War to the end of the world, his books give his unique perspective on some of the most controversial topics of our time. He has written twelve major bestsellers, including Stark, Popcorn, Inconceivable (filmed as Maybe Baby, which he also directed), Dead Famous, High Society (WH Smith People's Choice Award 2003) and The First Casualty. He has also written some of television's most popular and incisive comedy, including The Young Ones, Blackadder and The Man From Auntie. His stage work includes three West End plays and the hit musicals The Beautiful Game and We Will Rock You. He is married with three children.