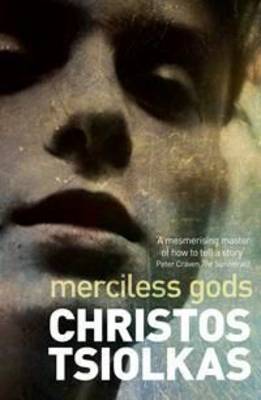 This incendiary collection of stories from acclaimed writer Christos Tsiolkas, bestselling author of The Slap and Barracuda, takes you deep into worlds both strange and familiar, and introduces you to characters who will never let you go and situations that will haunt you forever.

'. one of the most significant contemporary storytellers at work today.' Colm Toibin, author of Brooklyn

'. there is not a more important writer working in Australia today.' Australian Bookseller & Publisher

'. one of our most important novelists.' Age

'Tsiolkas has become that rarest kind of writer in Australia, a serious literary writer who is also unputdownable, a mesmerising master of how to tell a story. He has this ability more than any other writer in the country .' Peter Craven, Sun-Herald

'One of the most astute chroniclers and critics of our age and culture, Tsiolkas is a passionate, poetic, political polemicist, but his critiques take the form of enthralling stories that are peopled with characters that bounce off the page.' Adelaide Advertiser

'Tsiolkas is a hard-edged, powerful writer . leaves us exhausted but gasping with admiration.' Washington Post

'The sheer energy of Tsiolkas' writing-its urgency and passion and sudden jags of tenderness-is often an end in itself: a thrilling, galvanising reminder of the capacity of fiction to speak to the world it inhabits.' James Bradley, Monthly 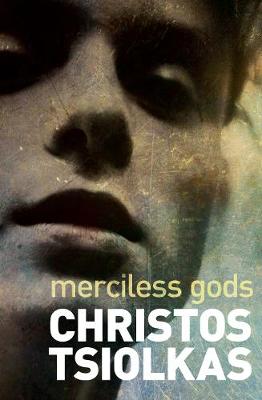 » Have you read this book? We'd like to know what you think about it - write a review about Merciless Gods book by Christos Tsiolkas and you'll earn 50c in Boomerang Bucks loyalty dollars (you must be a Boomerang Books Account Holder - it's free to sign up and there are great benefits!)

Christos Tsiolkas is the author of five novels: Loaded, which was made into the feature film Head-On, The Jesus Man and Dead Europe, which won the 2006 Age Fiction Prize and the 2006 Melbourne Best Writing Award. He won Overall Best Book in the Commonwealth Writers' Prize 2009, was shortlisted for the 2009 Miles Franklin Literary Award, longlisted for the 2010 Man Booker Prize and won the Australian Literary Society Gold Medal for his novel, The Slap, which was also announced as the 2009 Australian Booksellers Association and Australian Book Industry Awards Books of the Year. He is also a playwright, essayist and screen writer. He lives in Melbourne. Christos' latest novel is Barracuda, which was published here and in the UK to rave reviews in late 2013 and became an instant bestseller.