'If we had a keen vision and feeling of all ordinary human life.'

Dorothea is bright, beautiful and rebellious. Lydgate is the ambitious new doctor in town. Both of them long to make a positive difference in the world. But their stories do not proceed as expected and both they, and the other inhabitants of Middlemarch, must struggle to reconcile themselves to their fates and find their places in the world.

Middlemarch contains all of life- the rich and the poor, the conventional and the radical, literature and science, politics and romance, but above all it gives us a vision of what lies within the human heart, the roar on the other side of silence. 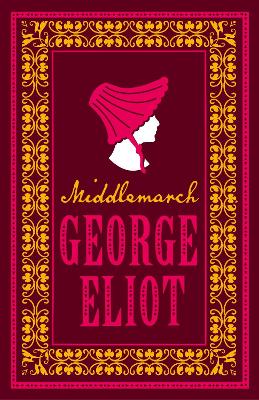 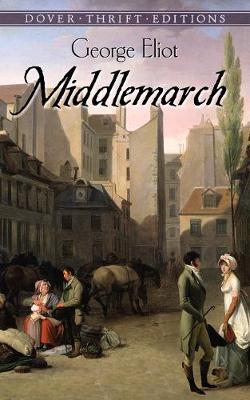 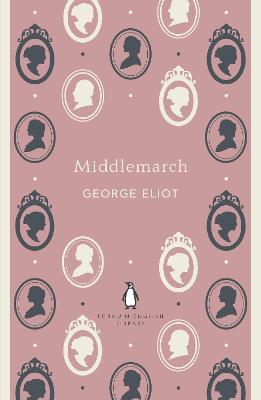 Mary Anne Evans was born near Nuneaton on 22 November 1819. She adopted the pseudonym George Eliot when she began her writing career. In her youth she was heavily influenced by her evangelical teachers but she later broke with orthodox religion.After she moved to Coventry with her father in 1841, she undertook the task of translating D.F. Strauss's controversial book Life of Jesus Critically Examined (1846) for Charles Bray. After her father's death she moved to London and helped to edit the radical journal the Westminster Review from 1851 to 1854. In 1851 she also met the journalist George Henry Lewes and, despite Lewes's marriage, they became partners for the rest of his life. In 1854 Lewes and Eliot openly set up home together, a scandalous arrangement by the social standards of the day. In 1857 Eliot published Scenes from Clerical Life in Blackwood's Magazine and in 1859 her novel Adam Bede was published to great acclaim and established her as a bestselling author.Her first attempt to write her most famous novel, Middlemarch, ended in failure. Abandoning it, she began a short novella entitled Miss Brooke which eventually becam

Child-Sketches from George Eliot: Glimpses at the Boys and Girls in the Romances of the Great Novelist
$88.46 $98.29