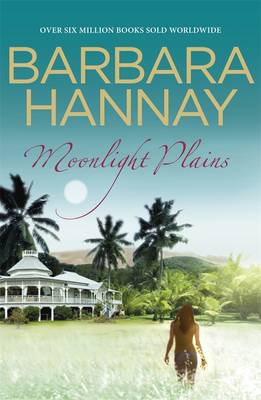 In 1942, as the Japanese sweep towards northern Australia and allied troops swarm into Townsville, Kitty Martin is sent inland to the safety of Moonlight Plains. But when two American airmen crash on the isolated property, she is forced to grow up fast, coming face to face with tragedy, with love ...and with heartbreak. Years on, and Sally Piper, a young journalist, is sent to Moonlight Plains to cover the story of a cattleman turned builder who is restoring his grandmother's forgotten homestead. Sparks fly between them, but Sally is struggling to let go of the past, and Luke has his eyes fixed firmly on the future. What they uncover together is a shocking secret that has been kept safe for more than seventy years. Now the entire family's happiness is at stake - or does the truth about the past hold a valuable lesson for the future? A breathtaking novel about finding love against all the odds that will keep you captivated from beginning to end. 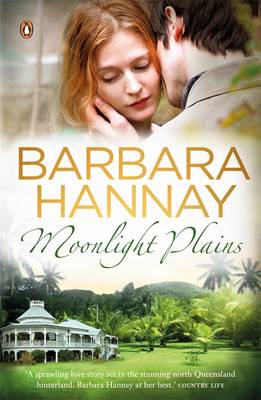 » Have you read this book? We'd like to know what you think about it - write a review about Moonlight Plains book by Barbara Hannay and you'll earn 50c in Boomerang Bucks loyalty dollars (you must be a Boomerang Books Account Holder - it's free to sign up and there are great benefits!)

When Luke meets Sally at a 1940's style dance there is an instant attraction. Sally, still grieving after the sudden death of her husband, makes it clear to Luke she is not interested in a relationship. However when Luke invites her to see " Moonlight Plains" , the homestead he is renovating, she falls instantly in love with it asking if she can do a feature article, for a magazine, on his renovation project. Thus begins their tumultuous relationship. 1942 - Kitty Martin aged 19 has seen her long time friend, Andy, off to war. But when the American soldiers come to Townsville, Kitty is sent off to her great uncles country homestead "Moonlight Plains" by her overly strict Grandfather to keep her out of harms way. However, one evening when Kitty is alone on the homestead the war comes to Moonlight Plains when two American airmen crash land on the farm. Kitty grabs a lantern and goes in search of the planes. When she finds Americans Ed Langley and Bobby Kowalski little does she know she will see first hand the tragedy of war, find love and lose it. As the past and present collide long held secrets are uncovered that could tear this family apart.

The big secret was guessed well and truly before the end of the story but this wasn't meant to be a story with a jaw dropping twist. It was a beautiful story of love, found and lost, of sacrifice, of family. I was more drawn towards the historical side of the story because I love stories about the war and how people’s lives were during and after the war. It was extra pleasing to read a war story with an Australian flavour. I highly recommend this light easy read that will bring tears to your eyes on more than one occasion.


A Preview for this title is currently not available.
More Books By Barbara Hannay
View All