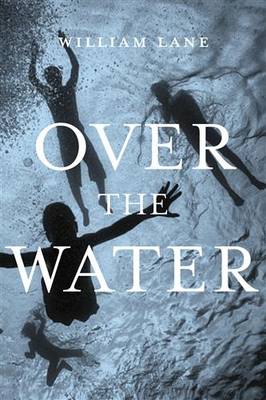 Description - Over the Water by William Lane

Hauntingly beautiful and told with remarkable clarity, Over the Water is the story of an Australian outsider who finds teaching work in Bandung, a city in Java. Seduced by the sights, sounds, and magic of Indonesia, Joe finds himself unwittingly drawn into the lives of three women. Firstly he rents a room in fellow teacher Lisa's house, and discovers that she has a small harem of Indonesian boys living with her. Then there is Danu, a Javanese beauty, who says she is trying to escape an arranged marriage. Danu and Joe find common ground in seeking aspects of themselves 'over the water' - for Danu this means the West, for Joe it means the East. Joe also feels a connection with Babette, a reclusive English woman who lives in a crumbling Dutch villa. She is an old friend of Joe's elder brother, Emile, who once lived in Bandung. Her relationship with Emile has long ceased, but Joe makes a remarkable discovery.

As Over the Water unfolds, Joe discovers that his identity is not only fragile, it is disturbingly arbitrary. Based at least in part on the author's experiences of living in Indonesia, this compelling debut is the quintessential novel about East and West, and how our dreams manifest themselves.

"A kind of Wake in Fright set in Indonesia, Lane paints an unsentimental portrait of wanderlust and the perils of freedom. But he doesn't stop there. With hallucinatory vision, he draws back the curtains to reveal the inevitable pull and power of a mythic undertow." Courtney Collins, author of The Burial.

Book Reviews - Over the Water by William Lane

» Have you read this book? We'd like to know what you think about it - write a review about Over the Water book by William Lane and you'll earn 50c in Boomerang Bucks loyalty dollars (you must be a Boomerang Books Account Holder - it's free to sign up and there are great benefits!)


A Preview for this title is currently not available.
More Books By William Lane
View All

Poems on the Following Subjects: Abram and Lot. ... Vale of Wycombe. Detached Pieces, Chiefly Wrote on Particular Occasions, and to Particular Persons. ... by William Lane, ...
$43.53 $48.37