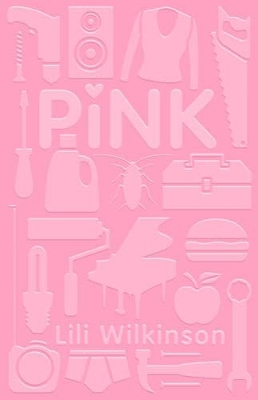 The pink jumper was practically glowing in my grey bedroom. It was like a tiny bit of Dorothy's Oz in boring old black-and-white Kansas. Pink was for girls.

Ava Simpson is trying on a whole new image. Stripping the black dye from her hair, she heads off to the Billy Hughes School for Academic Excellence, leaving her uber-cool girlfriend, Chloe, behind.

Ava is quickly taken under the wing of perky, popular Alexis who insists that: a) she's a perfect match for handsome Ethan; and b) she absolutely must audition for the school musical.

But while she's busy trying to fit in - with Chloe, with Alexis and her Pastel friends, even with the misfits in the stage crew - Ava fails to notice that her shiny reinvented life is far more fragile than she imagined.

'I laughed, I cried and I occasionally burst into song.' Justine Larbalestier

'Fun, razor-sharp, and moving, Pink - like love - is a many-splendoured thing.' John Green


Other Editions - Pink by Lili Wilkinson 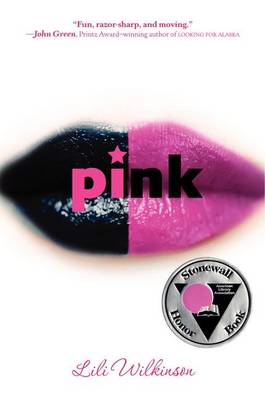 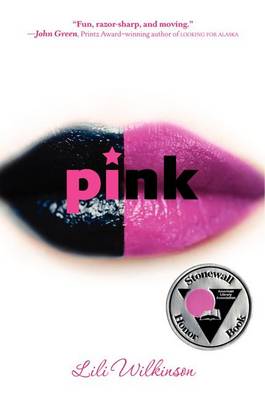 » Have you read this book? We'd like to know what you think about it - write a review about Pink book by Lili Wilkinson and you'll earn 50c in Boomerang Bucks loyalty dollars (you must be a Boomerang Books Account Holder - it's free to sign up and there are great benefits!)

Ava is a teenager trying to please everyone, by the grades she gets, the clothes she wears, even the food she eats. But is this really what she wants? Or who she is?

Ava isn't so sure, at least not anymore. She isn't sure about a lot of things in her life, but one thing she is sure about is that it's time for a change; new friends, new experiences, a new school, and maybe even a new Ava. But will she be able to hold on to her old life while creating a new one?

Confused and on a mission to find herself, to find who she really is, Ava strives to reinvent herself. All she wanted was to be normal, be like everyone else and to fit in, to belong. But was this too much to ask; was she so different that she couldn't fit in anywhere? and has she reinvented herself so much that instead of finding herself, she has lost who she is in a web of new clothes and lies? Or is it possible that through all the secrets shared and mistakes made that Ava is able to learn about life, love and herself.

This book is a great read for any teenager girl. It is both clever and humorous, and at times embarrassingly honest. It deals with the question of identity and show its alright to be unsure; that life is never simple and neat, but messy and screwed up. It is not afraid to show the important issues faced by teens; that of family, friendships, relationships, sexuality, peer pressure, drugs and the need for acceptance.

Lili Wilkinson was born in Melbourne, Australia, in the front room where her parents still live. She is an only child, and loves it. She was first published when she was 12, in Voiceworks Magazine. After studying Creative Arts at Melbourne University, Lili was employed by the Centre for Youth Literature at the State Library of Victoria, where she manages insideadog.com.au, a highly acclaimed all-about-books website for teenagers. She is an avid reader and writer of books for teenagers (her most recent book is The (not quite) Perfect Boyfriend, for the popular Girlfriend Fiction series), but when she's not doing that, she's usually hanging out with friends, watching DVDs and making monsters out of wool. Web site: liliwilkinson.com; Blog: liliwilkinson.com/a/blog.html