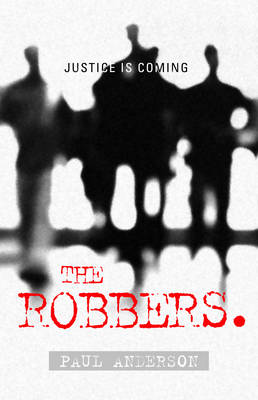 Description - The Robbers by Paul Anderson

The Victoria Police Armed Robbery Squad has long been considered the hardest and most feared group of Victorian detectives. They operate without fear or favour. Newspaper journalist Ian Malone, new to the city crime beat, has assigned himself a story: uncover the truth about the enigmatic squad. Have the men from "The Robbers" been demonised or is their hard-arm reputation deserved? It is a time of disruption and change. Force command and a new police ethics commission want the Armed Robbery Squad disbanded. Apart from political enemies, the squad has a new nemesis on the street: a vicious bandit prepared to shoot robbery victims - and detectives. The Armed Robbery Squad men, for so long the hunters, have become the hunted. As Malone builds a unique and unexpected bond with the squad he is enticed into a sometimes dark, seedy and seductive world where right can be wrong and wrong can often be right: a grey world of honour versus politics. "Heat" meets "Animal Kingdom" in this gritty and dirty crime saga. The Robbers takes the reader into a world where cops and bandits fight a silent war; a world where the most dangerous enemies might just be the bureaucrats and the political powerbrokers. Honour versus politics in a grey world where nothing is as black and white as the media makes it appear.

» Have you read this book? We'd like to know what you think about it - write a review about Robbers book by Paul Anderson and you'll earn 50c in Boomerang Bucks loyalty dollars (you must be a Boomerang Books Account Holder - it's free to sign up and there are great benefits!)

Paul Anderson is a Melbourne-based crime journalist. He knows cops, and he knows robbers, and is the author of the true-crime Dirty Dozen series.

A Preview for this title is currently not available.
More Books By Paul Anderson
View All