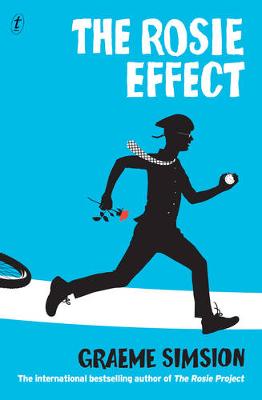 `We've got something to celebrate,' Rosie said.

I am not fond of surprises, especially if they disrupt plans already in place. I assumed that she had achieved some important milestone with her thesis. Or perhaps she had been offered a place in the psychiatry-training programme. This would be extremely good news, and I estimated the probability of sex at greater than 80%.

The Rosie Project was an international publishing phenomenon, with more than a million copies sold in over forty countries around the world. Now Graeme Simsion returns with the highly anticipated sequel, The Rosie Effect.

Don Tillman and Rosie Jarman are now married and living in New York. Don has been teaching while Rosie completes her second year at Columbia Medical School. Just as Don is about to announce that Gene, his philandering best friend from Australia, is coming to stay, Rosie drops a bombshell: she's pregnant.

In true Tillman style, Don instantly becomes an expert on all things obstetric. But in between immersing himself in a new research study on parenting and implementing the Standardised Meal System (pregnancy version), Don's old weaknesses resurface. And while he strives to get the technicalities right, he gets the emotions all wrong, and risks losing Rosie when she needs him most.

The Rosie Effect is the charming and hilarious romantic comedy of the year. 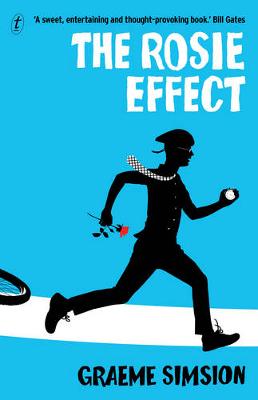 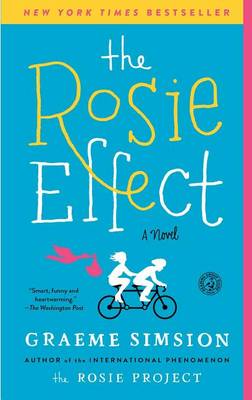 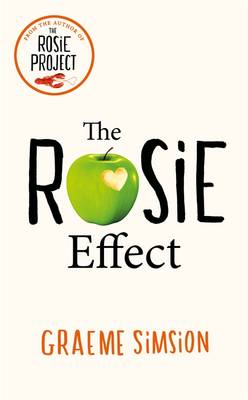 The Rosie Effect is the second novel by Australian author and playwright, Graeme Simsion, and the sequel to his highly popular novel, The Rosie Project. Now married, Don and Rosie are living in a cramped New York apartment while, as a visiting professor at Columbia, Don continues his research on alcoholic mice and Rosie studies to gain her MD qualification. Don’s friend, Gene, a geneticist and serial adulterer, has finally exhausted his wife’s tolerance for philandering and been thrown out, so Don invites him to stay with them, unwisely neglecting to check with Rosie first. And before he gets a chance to do so, Rosie announces that they are having a baby. Don’s solution to multiple problems (accommodation deficit with respect to the imminent arrival of an overseas guest and an eventual addition to the family; a laundry confrontation with a neighbour; a twice-daily beer-related commitment; financial stress due to the (Don-induced) loss of employment at a cocktail bar; the need to keep Rosie’s stress levels at a minimum) is a wonderfully elegant example of lateral thinking that only someone of his extraordinary talents could manage. Gene’s advice on fatherhood is mostly sound, but unfortunately rather too vague for Don, who manages to get himself into trouble involving police, counsellors and support groups. Mindful of the results of Rosie’s own research into the effects of stress during pregnancy, Don wants to spare her any anxiety and eventually tangles himself (and several others) in a web of deceit. His eccentric manner of dealing with Rosie’s pregnancy and his own impending fatherhood ends up threatening their happiness together. Luckily, he has friends (six, now!) who care and his boy’s night out group (recently expanded to include a rock star, and a psychology professor in addition to a refrigeration engineer) provide unique support. In Don, Simsion has created a character who is easy to love: he cares about his friends, is completely guileless, somewhat innocent and totally without malice. He has wholehearted enthusiasm for, and dedication to, any project he decides to take on. Simsion introduces a few new characters and expands on characters that readers will remember from The Rosie Project, so there are a few sub-plots keeping Don busy. This novel is filled with an abundance of hilarious situations that will have the reader snickering, groaning and laughing out loud as Don navigates his way through dinners (the Bluefin Tuna Incident), toddler observation (the Playground Incident), counselling sessions (the Good Fathers Project), research projects (the Lesbian Mothers Project), errors in judgement (the Second Ultrasound Misunderstanding), encounters with Loud Woman, Bubonic Plague Woman and an opinionated social worker, and tries to reinstate the Standardised Meal System (pregnancy version). Don’s instinctive solution to any problem is a spreadsheet, and his Baby Project bathroom-tile spreadsheet sounds fascinating. Ditto Jim’s soundproof crib. There are Gregory Peck impersonations, Rosie impersonations, men sharing their deepest secrets, a perfect anniversary celebration engineered for Don by Rosie, and, of course, bouts of morning sickness which elicit Don’s logical (if unsympathetic-sounding) response: “Feeling unwell is normal in pregnancy. It’s almost certainly a good sign.…..Your body is probably assembling some critical component, such as an arm, and is minimising the possibility of toxins disrupting the process.” Simsion’s latest novel takes a light-hearted look at medical research projects, sustainable meal choices, social workers, pregnancy and of course, fatherhood. Apart from the many laughs, there are also a few lump-in-the-throat moments and readers who loved The Rosie Project will not be disappointed. A funny, moving and sometimes thought-provoking read.