Inquisition and Extermination in Twentieth-Century Spain

The remains of General Francisco Franco lie in an immense mausoleum near Madrid, built with the blood and sweat of twenty thousand slave laborers. His enemies, however, met less-exalted fates. Besides those killed on the battlefield, tens of thousands were officially executed between 1936 and 1945, and as many again became "non-persons." As Spain finally reclaims its historical memory, a full picture can now be given of the Spanish Holocaust-ranging from judicial murders to the abuse of women and children. The story of the victims of Franco's reign of terror is framed by the activities of four key men-General Mola, Quiepo de Llano, Major Vallejo Najera, and Captain Don Gonzalo Aguilera-whose dogma of eugenics, terrorization, domination, and mind control horrifyingly mirror the fascism of Italy and Germany. Evoking such classics as Gulag and The Great Terror, The Spanish Holocaust sheds crucial light on one of the darkest and most unexamined eras of modern European history.

Other Editions - The Spanish Holocaust by Paul Preston 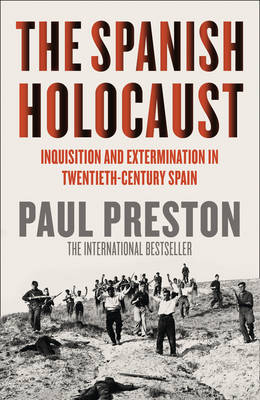 » Have you read this book? We'd like to know what you think about it - write a review about Spanish Holocaust book by Paul Preston and you'll earn 50c in Boomerang Bucks loyalty dollars (you must be a Boomerang Books Account Holder - it's free to sign up and there are great benefits!)

Paul Preston, author of The Spanish Civil War, Franco and Juan Carlos, and The Spanish Holocaust, is the world's foremost historian on twentieth-century Spain. A professor at the London School of Economics, he lives in London.

A Preview for this title is currently not available.
More Books By Paul Preston
View All