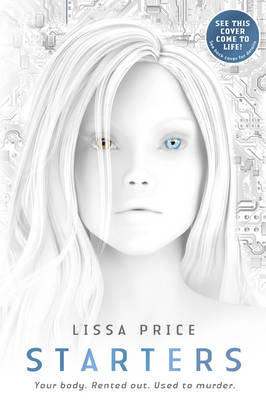 First, Callie lost her parents. Then she lost her home. And, finally, she lost her body. But she will stop at nothing to get it back ...Callie and her little brother are on the run, living as squatters, fighting off unclaimed renegades who would kill for a cookie. But with the Body Bank comes a promise of much-needed cash, and with it, hope. And then despair ...The Bank allows teenagers to rent out their bodies to those who want to be young again. But Callie's renter intends to do more than party in her body. She intends to murder ...To bring the book cover to life, simply download the free STARTERS BOOK app from the App Store or Android Marketplace, launch the app and point your device at the front of the book.

Other Editions - Starters by Lissa Price 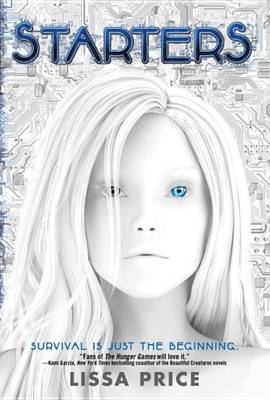 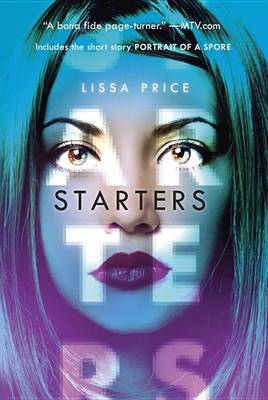 » Have you read this book? We'd like to know what you think about it - write a review about Starters book by Lissa Price and you'll earn 50c in Boomerang Bucks loyalty dollars (you must be a Boomerang Books Account Holder - it's free to sign up and there are great benefits!)

The place seemed like something out of a nightmare, people too friendly to be sincere, a deal too good to be true and all for the low price of her body to rent out to the highest bidder. Three rentals and it would be over, she would sleep through the whole thing and all in the blink of an eye she would have her body back, her life back and a large sum of cash for her trouble.

The cash was the only reason she ever considered it in the first place. With her little brother all she has left in the world she had to protect him, and a life on the streets was doing nothing for his health. But when she wakes to find herself living a life that is not her own, with cash in one hand and a gun in the other, she uncovers the beginnings of a murderous plot, but is she able to hold on to her body long enough to stop the murder and save herself.

Starters are treated as second class citizens in this new post war world. With no legal rights many starters are forced to live on the streets, or worse they end up in prisons. In a world that exploits, captures and brutalizes its children, where lives are brought and sold and no one is who they seem, this dystopian story makes you wonder at the possibilities, and give you nightmares of a world gone wrong.

Wow. Talk about residing / mentally controlling a body that's not yours. Or letting someone else control your body as if its their own. Downright creepy, isn't it?

STARTERS is a book that will make you addicted to it from the first page onwards. The concept of the story itself is original and captivating (with the body renting and all), and the story is fast-paced, and all in all, brilliant.

Callie is a likeable heroine. She is portrayed as a clever teenager who remains strong in adversity and loves her brother a great deal. In fact, most of her actions in the beginning of the novel are spurred by her love and worry for her sickly brother. However, her motives changes slightly when she discovers that Prime Destinations is involved in a sinister plot that may endanger many homeless teenagers' lives, including herself.

While some parts of the book come across me as slightly unrealistic, this doesn't keep me from devouring the book. Plot twists are littered here and there, and you'd never know what to expect. At the end of the story, Lissa threw me a bomb which literally sucked my breath out. I felt like fainting.

Undeniably, Lissa Price has done a fantastic job on her debut, and I will heartily congratulate her for her great work. Hopefully her next book ENDERS will surpass STARTERS in all ways possible!

STARTERS is a fresh breath in the YA industry, and I really loved it!


A Preview for this title is currently not available.
More Books By Lissa Price
View All