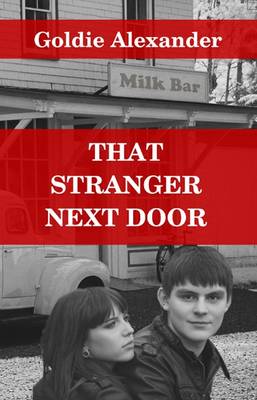 That Stranger Next Door

Description - That Stranger Next Door by Goldie Alexander

In 1954, Melbourne is still reeling from WWII; the Cold War sees suspicions running high and the threat of communism and spies hide in every shadow.
Jewish schoolgirl, Ruth, is trying to navigate her own path, despite her strict upbringing and the past that haunts her family.
It's a path that she wishes could include her first love, Patrick, but the rich Catholic boy is strictly off limits.
When a mysterious woman moves in next door in the dead of night, Ruth is convinced she is none other than Eva or Evdokia Petrov, a Soviet spy and wife of the infamous Russian defector, Vladimir Petrov.
Could Ruth's unlikely new friend really be the most sought-after woman in Australia?
Will Ruth's own clandestine meetings with Patrick be discovered?
How does the Petrov Affair, as it became known, impact the life of one ordinary girl and her family?

Book Reviews - That Stranger Next Door by Goldie Alexander

» Have you read this book? We'd like to know what you think about it - write a review about That Stranger Next Door book by Goldie Alexander and you'll earn 50c in Boomerang Bucks loyalty dollars (you must be a Boomerang Books Account Holder - it's free to sign up and there are great benefits!)


A Preview for this title is currently not available.
More Books By Goldie Alexander
View All

Minutes of the Freeholders, Electors of the Stewartry of Kirkcudbright, Conveened at the Michaelmass [sic] Meeting 1761.
$32.51 $36.12