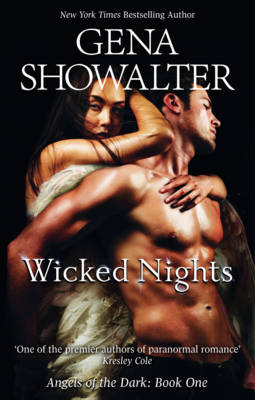 Leader of the most powerful army in the heavens, dark angel Zacharel has been deemed too dangerous, too ruthless - and if he isn't careful, he'll lose his wings. But this warrior will not be deterred...until vulnerable mortal Annabelle tempts him. Accused of a crime she did not commit, Annabelle has been imprisoned for four years. Demons track her every move. Zacharel is her only hope for survival, but is the brutal angel with a touch as hot as hell her salvation - or her ultimate damnation? 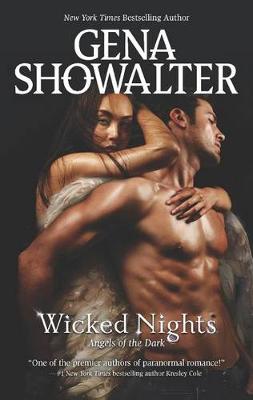 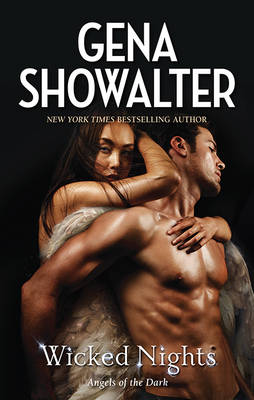 » Have you read this book? We'd like to know what you think about it - write a review about Wicked Nights book by Gena Showalter and you'll earn 50c in Boomerang Bucks loyalty dollars (you must be a Boomerang Books Account Holder - it's free to sign up and there are great benefits!)

Since Gena Showalter's Lords of the Underworld series has lingered on my TBR pile seemingly forever, when Wicked Nights was sent to me for review I was looking forward to finally reading something by this popular paranormal romance author. Angels of The Dark is a new series featuring a group of warrior angels on the brink of being banished from heaven. I understand that Zacharel, who is featured in this book, has briefly appeared in the LOTU series. In Wicked Nights, Zacharel, the leader of a powerful warrior unit made up of miscreant angels, rescues Annabelle, a human marked by a demon, from an institution for the criminally insane in which she has been incarcerated for four years. Together the pair battle to stay alive under an onslaught of demons at the command of Unforgiveness.

The strength for me in this book lay in the characterisation of not only Zacharel and Annabelle but also the minor characters like Thane, Bjorn, Xerxes and Koldo, despite their brief appearances. Zacharel is tormented by the death of his twin brother at his hands and has affected a careless attitude that threatens to see him expelled from heaven. Leading a battle unit of equally troublesome angels is his punishment and last chance to redeem himself in the eyes of his Deity. Gorgeous, troubled and tough, Zacharel is the ideal alpha hero. Annabelle is tormented by the murders of her parents at the hands of a demon and her conviction for their murder. Sentenced to life in an asylum she has spent four long years fighting off attacks by demons and at the mercy of the perverts on staff. She has however never given up and I liked her determined, feisty attitude. There is an element of 'fated mate' to the romance between Zacharel and Annabelle but it isn't dominant and surprisingly both are a lot less subservient to their attraction than I expected. There is nice balance of tenderness and heat though I did expect something a little more explicit for some reason. For me though the plot was too thin, relying heavily on the romance to provide conflict though I did enjoy the twist near the end. Some sections drag and feel repetitive and overall I felt the page count overreached the storyline.

I am sure LOTU fans will be delighted with this new series (and some of the boys and their mates have a cameo scene or two) but it wasn't strong enough for me to be anything other than mildly entertained.


A Preview for this title is currently not available.
More Books By Gena Showalter
View All

The Original Heartbreakers Volume One/The One You Want/The Closer You Come
$15.99 $19.99