When Mariam married her childhood sweetheart in a fairytale Sydney wedding, her father Kamalle dreamed of a beautiful future for his family. When the young couple and their baby daughter went on an overseas holiday, he couldn't have been happier. But a dark secret was lurking on the horizon. They would not be coming home.Mariam disappeared. Months later, Kamalle was informed by the Australian government that his daughter had been coerced into Syria. He later learnt that she had been forced at gunpoint, by her husband, across the border into Syria and into the clutches of ISIS. When her husband was killed, Mariam was forced to marry another ISIS fighter, with whom she had another child. When he was killed she was forced to marry again; she was trapped. But since the defeat of ISIS, instead of being brought home, Mariam and her three young children have been demonised as 'foreign fighters', forced to languish in refugee camps while their home country refuses to repatriate them.Kamalle has been working with international agency Save the Children for over two years trying to bring home his daughter and grandkids, who have been abandoned amongst the 20 Australian adults and 47 children. Interacting with law enforcement and government agencies in Australia, he was told that keeping quiet would be in their best interests. That has achieved nothing. Now he tells his story. 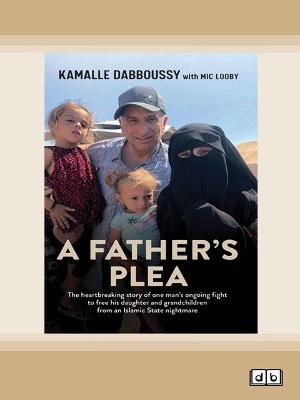 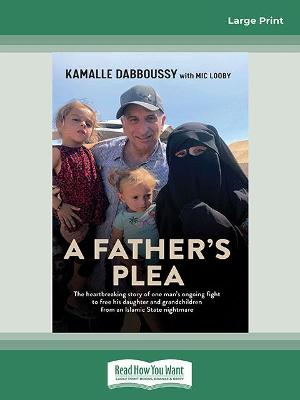 » Have you read this book? We'd like to know what you think about it - write a review about A Father's Plea book by Kamalle Dabboussy and you'll earn 50c in Boomerang Bucks loyalty dollars (you must be a Boomerang Books Account Holder - it's free to sign up and there are great benefits!)


A Preview for this title is currently not available.
More Books By Kamalle Dabboussy
View All