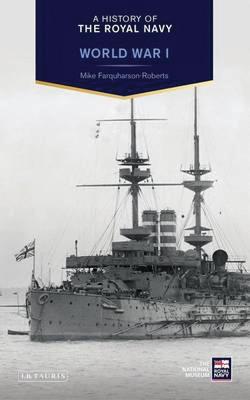 A A History of the Royal Navy

World War I is one of the iconic conflicts of the modern era. For many years the war at sea has been largely overlooked; yet, at the outbreak of that war, the British Government had expected and intended its military contribution to be largely naval. This was a war of ideologies fought by and for empires. Britain was not defending simply an island; it was defending a far flung empire. Without the navy such an undertaking would have been impossible. In many respects the Royal Navy fought along the longest 'front' of any fighting force of the Great War, and it acted as the leader of a large alliance of navies. The Royal Navy fought in the North and South Atlantic, in the North and South Pacific, its ships traversed the globe from Australia to England, and its presence extended the war to every continent except Antarctica. Because of the Royal Navy, Britain could finance and resource not only its own war effort, but that of its allies. Following the naval arms race in the early 20th century, both Britain and Germany were equipped with the latest naval technology, including revolutionary new vessels such as dreadnoughts and diesel-powered submarines.
Although the Royal Navy's operations in World War I were global, a significant proportion of the fleet's strength was concentrated in the Grand Fleet, which confronted the German High Seas Fleet across the North Sea. At the Battle of Jutland in 1916 the Royal Navy, under the command of Admiral Jellicoe, fought an iconic, if inconclusive battle for control of shipping routes. The navy might not have been able to win the war, but, as Winston Churchill put it, she 'could lose it in an afternoon'. The Royal Navy was British power and prestige. 43,244 British navy personnel would lose their lives fighting on the seas in World War I. This book tells their story and places the Royal Navy back at the heart of the British war effort, showing that without the naval dimension the First World War would not have been a truly global conflict.

Buy A A History of the Royal Navy by Mike Farquharson-Roberts from Australia's Online Independent Bookstore, Boomerang Books. 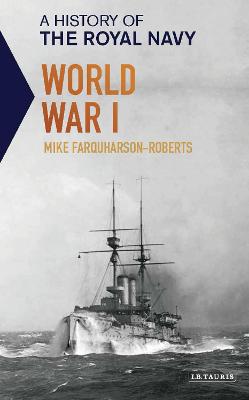 » Have you read this book? We'd like to know what you think about it - write a review about A History of the Royal Navy book by Mike Farquharson-Roberts and you'll earn 50c in Boomerang Bucks loyalty dollars (you must be a Boomerang Books Account Holder - it's free to sign up and there are great benefits!)

Mike Farquharson-Roberts CBE OStJ PhD MA MB BS FRCS holds a PhD in Maritime History from University of Exeter. He previously had a long and distinguished career in the Royal Navy.