A marvelous hybrid of mythology and mystery, A Wild Sheep Chase is the extraordinary literary thriller that launched Haruki Murakami's international reputation.

It begins simply enough- A twenty-something advertising executive receives a postcard from a friend, and casually appropriates the image for an insurance company's advertisement. What he doesn't realise is that included in the pastoral scene is a mutant sheep with a star on its back, and in using this photo he has unwittingly captured the attention of a man in black who offers a menacing ultimatum- find the sheep or face dire consequences. Thus begins a surreal and elaborate quest that takes our hero from the urban haunts of Tokyo to the remote and snowy mountains of northern Japan, where he confronts not only the mythological sheep, but the confines of tradition and the demons deep within himself. Quirky and utterly captivating, A Wild Sheep Chase is Murakami at his astounding best.

'A Wild Sheep Chase has the conventional hull of a thriller - a quest, a mystery, an extraordinary woman, and plenty of elegant duress - but its fantastic superstructure transforms it into something quite different...a science fiction fantasy, a romance, a metaphysical tease, or a dramatisation of philosophical ideas' Independent

Other Editions - A Wild Sheep Chase by Haruki Murakami 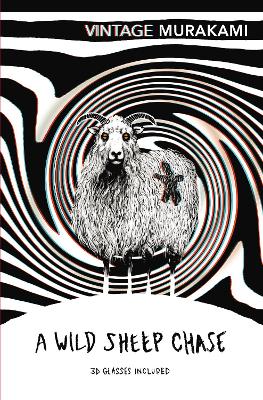 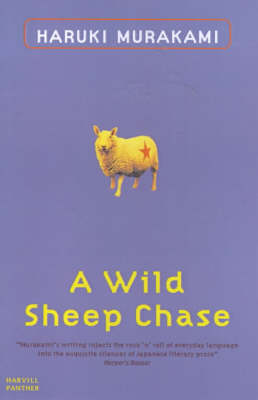 » Have you read this book? We'd like to know what you think about it - write a review about A Wild Sheep Chase book by Haruki Murakami and you'll earn 50c in Boomerang Bucks loyalty dollars (you must be a Boomerang Books Account Holder - it's free to sign up and there are great benefits!)

The Testaments: The Booker prize-winning sequel to The Handmaid's Tale
Margaret Atwood
$15.99 $19.99