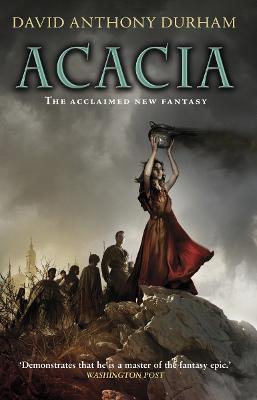 Ruling from the island of Acacia, the emperor of the Known World has inherited an apparent peace and prosperity won by his ancestors generations ago. He's an intelligent man, a widower who dotes on his four children and it is this devotion that obliges him to hide a terrible secret from them- that their prosperity rests on the dark realities of trafficking in drugs and human lives. A man of integrity, he hopes that he might bring an end to this vile trade, but powerful forces stand in his way. And then an assassin strikes, a lone killer sent by the Mein, an ancient foe long ago exiled to the frozen north. Now the Mein have returned to take revenge on their old enemy and begin a series of brutal surprise assaults on Acacia. Mortally wounded, the emperor puts into play a plan that will allow his children to escape, to fulfil their destinies. And so begins a quest to avenge a father's death and restore an empire - this time on the basis of universal freedom... 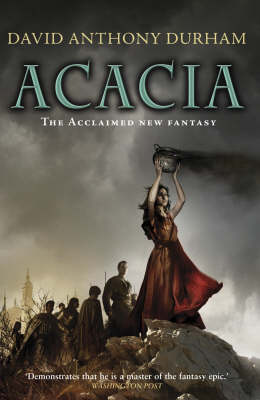 » Have you read this book? We'd like to know what you think about it - write a review about Acacia book by David Anthony Durham and you'll earn 50c in Boomerang Bucks loyalty dollars (you must be a Boomerang Books Account Holder - it's free to sign up and there are great benefits!)

David Anthony Durham was born in New York City. He is the award-winning author of three acclaimed novels, Gabriel's Story, Walk Through Darkness and Hannibal- Pride of Carthage. He lived in Scotland for several years but now lives with his family in California, where he teaches at Cal State University. 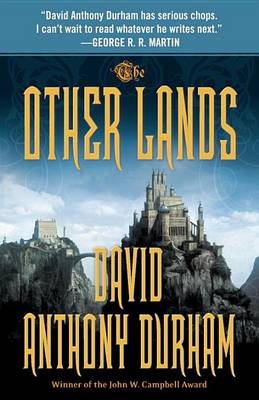