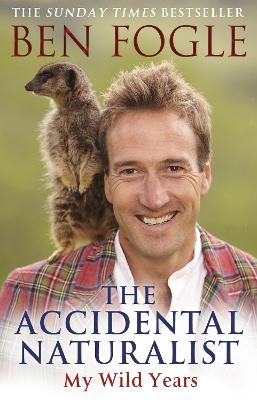 For as long as he can remember, Ben Fogle has been surrounded by creatures great and small. As a young boy his best friends were Liberty and Lexington, the family dogs. Then there was Milly the puma-sized cat, Jaws the goldfish and three very 'charismatic' parrots, not to mention a whole host of weird and wonderful animals that came through the doors of his father's veterinary practice.

Then came Inca, Ben's adorable black Labrador, who changed his life. Since first melting the nation's heart on Castaway, the duo have been inseparable. With Inca's help, Ben was soon charming worms and tickling trout on Countryfile, minding the big cats on Animal Park and fronting the BBC's coverage of Crufts.

Ben's passion for wildlife has taken him all over the world, from the plains of Africa to the sea ice of Antarctica. He has played with penguins, been chased by bull elephant seals and tapirs, and helped operate on a cheetah. He has given mud packs to rhinos, bathed with elephants and risked life and limb diving with Nile crocodiles, all the while campaigning tirelessly for conservation, the environment and animal welfare.

Hair-raising, heart-breaking and wildly entertaining, The Accidental Naturalist tells the extraordinary true stories of Ben's amazing encounters with animals and how they changed his life.

Other Editions - The Accidental Naturalist by Ben Fogle 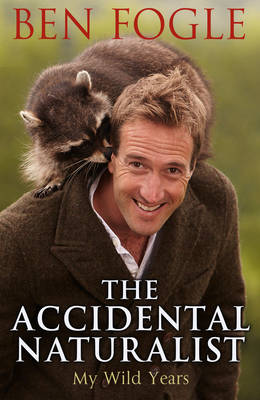 » Have you read this book? We'd like to know what you think about it - write a review about Accidental Naturalist book by Ben Fogle and you'll earn 50c in Boomerang Bucks loyalty dollars (you must be a Boomerang Books Account Holder - it's free to sign up and there are great benefits!)

Ben Fogle is a TV presenter, writer, adventurer and accidental naturalist. The son of actress Julia Foster and vet Bruce Fogle, his life has never been exactly ordinary. As well as taking part in many of the toughest physical challenges on earth, from rowing the Atlantic to walking to the South Pole, Ben has found himself diving with blue whales near Sri Lanka, tracking great white sharks off the coast of California and racing dogs across the Arctic circle. Ben has presented numerous programmes, including the BBC's Animal Park, Countryfile, Wild in Africa, Wild on the West Coast, Crufts, One Man and His Dog and Swimming with Crocodiles. He is an ambassador for WWF, Tusk, the PDSA and Hearing Dogs for Deaf People, a Fellow of the Royal Geographical Society, the President of the Campaign for National Parks and President of the Hedgehog Preservation Society. He lives in London with his wife Marina, their children Ludo and Iona, and their two dogs Maggi and Inca. He is currently preparing to swim across the Atlantic.