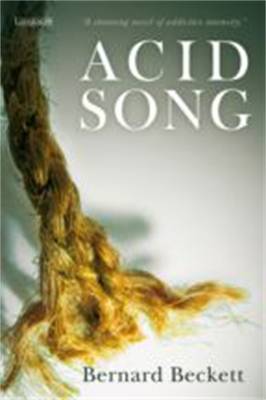 "Forty-eight hours in the lives of characters headed for a showdown, grippingly told by an award-winning novelist."

"Forty-eight hours in the lives of characters headed for a showdown, grippingly told by an award-winning novelist. It s election day in contemporary New Zealand. A young father confronts a teenage burglar. A psychologist s political stand threatens to see him driven from the university community. A staffroom argument flares up does a playground fight warrant a student s expulsion? A young girl sets about mending her broken heart, a skinhead riot erupts, and Richard, the biology lecturer at the heart of this simmering forty-eight hours, must deal with the secret which compels them all, unknowingly, to the same conclusion. In Acid Song, an absorbing and darting novel, a varied cast of characters is linked by chance and circumstance. With a powerful, addictive intensity, award-winning writer Bernard Beckett composes a corrosive song of our times."

» Have you read this book? We'd like to know what you think about it - write a review about Acid Song book by Bernard Beckett and you'll earn 50c in Boomerang Bucks loyalty dollars (you must be a Boomerang Books Account Holder - it's free to sign up and there are great benefits!)