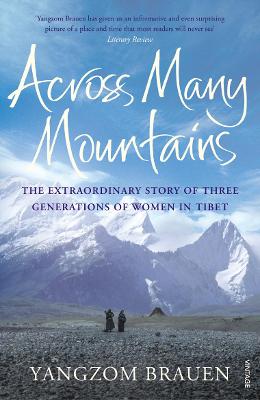 The Extraordinary Story of Three Generations of Women in Tibet

Description - Across Many Mountains by Yangzom Brauen

Kusang never thought she would leave Tibet. Growing up in a remote mountain village, she married a monk and gave birth to two children. But then the Chinese army invaded, and their peaceful lives were destroyed forever. Thousands were tortured, prison camps were set up and Kusang's monastery was destroyed.

The family were forced to flee across the Himalayas in the depths of winter, battling cold, fear, starvation and exhaustion. It took a month to reach India, where they were then passed from one refugee camp to another, all the while fighting hunger and disease. Kusang's husband and her younger child died, but somehow Kusang and her daughter Sonam survived.

In Across Many Mountains Sonam's daughter, Yangzom, born in safety in Switzerland, has written the story of her inspirational mother and grandmother's fight for survival, and their lives in exile. It is an extraordinary story of determination, love and endurance.

Other Editions - Across Many Mountains by Yangzom Brauen 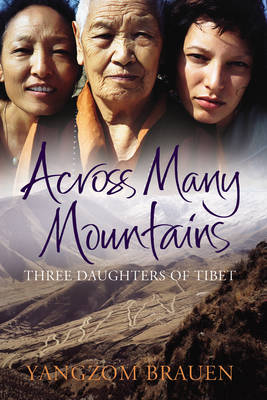 Book Reviews - Across Many Mountains by Yangzom Brauen

» Have you read this book? We'd like to know what you think about it - write a review about Across Many Mountains book by Yangzom Brauen and you'll earn 50c in Boomerang Bucks loyalty dollars (you must be a Boomerang Books Account Holder - it's free to sign up and there are great benefits!)

Born in 1980 to a Swiss father and Tibetan mother, Yangzom Brauen is an actress and political activist. She lives in both Los Angeles and Berlin and has appeared in a number of German and American films. She is also very active in the Free Tibet movement, making regular radio broadcasts about Tibet and organising public demonstrations against the Chinese occupation of Tibet.

Across Many Mountains
Hardback, March 2011
View All Books By Author Yangzom Brauen