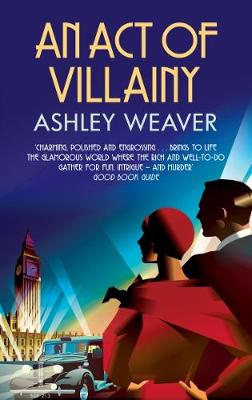 An Act of Villainy

Description - An Act of Villainy by Ashley Weaver

Walking through London's West End after a night at the theatre, Amory Ames and her husband Milo run into old friends, the wealthy investor and former actor Gerard Holloway and his wife Georgina. When Holloway invites them to the dress rehearsal of a new play he is directing, Amory readily accepts.
However, she is shocked to learn that Holloway has cast his mistress, actress Flora Bell, in the lead role. Furthermore, the casual invitation is not what it seems-he admits to Amory and Milo that Flora has been receiving threatening letters, and he needs their help in finding the mysterious sender. Despite Amory's conflicting feelings-not only does she feel loyalty to Georgina, but the disintegration of the Holloways' perfect marriage seems to bode ill for her own sometimes delicate relationship-her curiosity gets the better of her, and she begins to make inquiries.

Other Editions - An Act of Villainy by Ashley Weaver 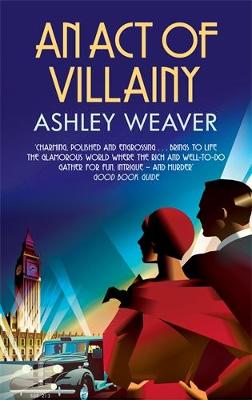 Book Reviews - An Act of Villainy by Ashley Weaver

» Have you read this book? We'd like to know what you think about it - write a review about Act of Villainy book by Ashley Weaver and you'll earn 50c in Boomerang Bucks loyalty dollars (you must be a Boomerang Books Account Holder - it's free to sign up and there are great benefits!)

Ashley Weaver is a librarian and has worked in libraries since she was 14. She lives in the USA.

A Preview for this title is currently not available.
More Books By Ashley Weaver
View All

A Dangerous Engagement: Glamour and murder in Prohibition New York
$16.99 $19.99