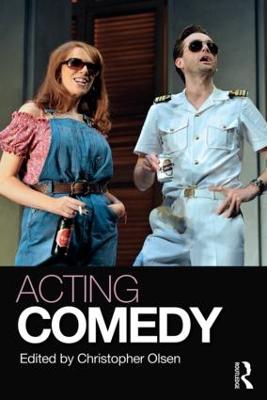 Despite being roundly cited as much harder to perform than its dramatic counterpart, comic acting is traditionally seen as a performance genre that can't be taught. At best it is often described as a skill that can only be learned "on the job" through years of practice, or given to a performer through natural talent.

Acting Comedy is an effort to examine this idea more rigorously by looking at different aspects of the comic actor's craft. Each chapter is written by an expert in a particular form-from actors and directors to teachers and standup comedians. Topics covered include:

This book is an invaluable resource for any performer focusing on the minute details of comic acting, even down to exactly how one delivers a joke on stage. Christopher Olsen's unique collection of comic voices will prove essential reading for students and professionals alike. 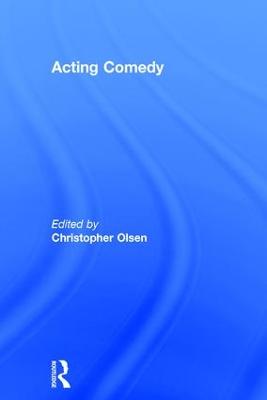 » Have you read this book? We'd like to know what you think about it - write a review about Acting Comedy book by Christopher Olsen and you'll earn 50c in Boomerang Bucks loyalty dollars (you must be a Boomerang Books Account Holder - it's free to sign up and there are great benefits!)

Christopher Olsen began as an actor in the Off-Off Broadway theatre scene in New York City in the 1970s and 1980s and later received his PhD in Theatre History and Criticism from the University of Maryland. He continues to work as a Drama professor at the University of Puerto Rico.

A Preview for this title is currently not available.
More Books By Christopher Olsen
View All