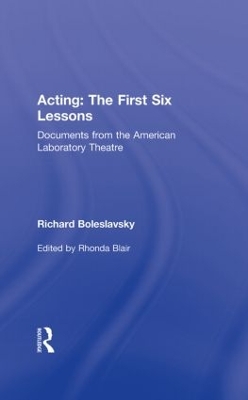 Acting: The First Six Lessons was first published in 1933 and remains a key text for anyone studying acting today. These dramatic dialogues between teacher and idealistic student explore the field of acting according to one of the original teachers of Stanislavsky's System in America. The witty and energetic debate between the two characters brings to life the internal mind of the actor and director, exposing some vital lessons for practitioners of both disciplines. Boleslavsky draws on his vast experience as an actor and director to create a book that is at turns humorous, enlightening and challenging for the reader. This new edition of this essential text is edited by Rhonda Blair and supplemented for the very first time with Documents from the American Laboratory Theatre. These documents collect together a broad range of exciting unpublished material, drawn from the Boleslavsky's pivotal and unprecedented teachings on acting at the American Laboratory Theatre.
Included are: 'The Creative Theatre' lectures by Richard Boleslavsky Boleslavsky's 'Lectures from the American Laboratory Theatre' 'Acting with Maria Ouspenskaya', four short essays on the work of Ouspenskaya, Boleslavsky's colleague and fellow actor trainer A new critical introduction and bibliography by the Editor

Other Editions - Acting: The First Six Lessons by Richard Boleslavsky 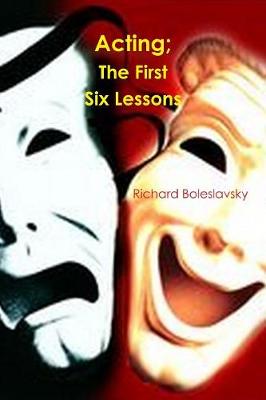 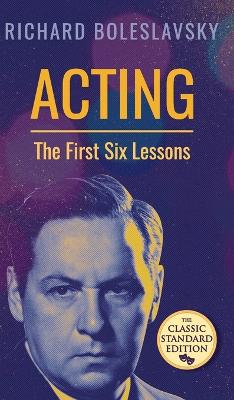 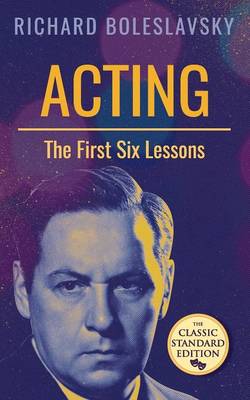 » Have you read this book? We'd like to know what you think about it - write a review about Acting: The First Six Lessons book by Richard Boleslavsky and you'll earn 50c in Boomerang Bucks loyalty dollars (you must be a Boomerang Books Account Holder - it's free to sign up and there are great benefits!)

Richard Boleslavsky (1889--1937) (born Ryszard Boleslawski) was a Polish actor and director. He was a member of the Moscow Art Theatre and director of its First Studio. He emigrated to New York in the 1920s and was the first teacher of the Stanislavski system of acting in the West. He went on to produce plays on Broadway and was a leading Hollywood director in the 1930s. Rhonda Blair is Professor of Theatre at Southern Methodist University. She is a leading voice on the applications of cognitive science on the acting process and the author of The Actor, Image, and Action: Acting and Cognitive Neuroscience. She is currently the President of the American Society of Theatre Research (ASTR).

A Preview for this title is currently not available.
More Books By Richard Boleslavsky
View All