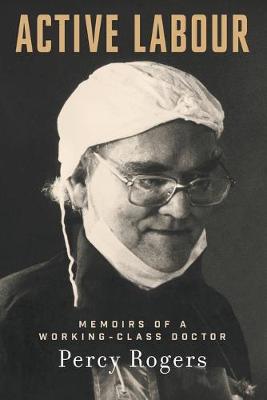 Percy Rogers was no ordinary doctor. Raised in small Western Australian towns, at fifteen he saved enough to buy a train ticket to Perth, where night school was free, with a hope to study medicine. From there he embarked on a medical career that would take him around Australia and the world, from Hobart's busiest hospital to a practice in suburban Coburg; from remote Arnhem Land communities to a city in Saudi Arabia; from the beaches of Cocos Keeling Islands to the Papuan jungle highlands.

An obstetrician by training, Rogers was a passionate advocate for women's reproductive rights, arguing that women should have a greater say in their childbirths and medical care, and a pioneer of the Lamaze technique in Australia. His belief in equality, women's rights and fair working conditions extended beyond the medical profession- a one-time communist and the subject of a secret ASIO file, Rogers was an outspoken critic of social discrimination and a defender of those who could not speak for themselves, whether through illness, gender or language barriers. His work took him into communities near and distant, where he confronted poverty, disease and appalling living conditions as he sought to provide individuals with a basic human right - access to free and safe healthcare.

Active Labour is the inspiring, warm and moving story of one of the most pioneering and compassionate health practitioners in the country. It is a testament to one man's abiding, passionate belief in the power of medicine and the importance of community health.

» Have you read this book? We'd like to know what you think about it - write a review about Active Labour: Memoirs of a Working-Class Doctor book by Percy Rogers and you'll earn 50c in Boomerang Bucks loyalty dollars (you must be a Boomerang Books Account Holder - it's free to sign up and there are great benefits!)


A Preview for this title is currently not available.
More Books By Percy Rogers
View All