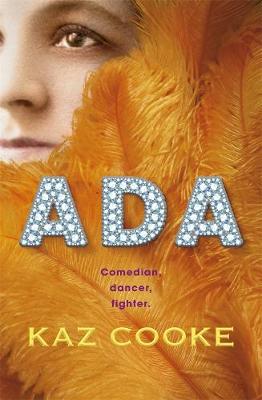 Kaz Cooke invites you to an audience with the amazing Ada. She's a show girl and a story teller with a trunk full of stories and secrets. A funny, tender novel about an extraordinary woman who made the very best of everything life threw at her.

'It's not every day a handsome young man appears on your doorstep to ask if you're a respectable woman...'

'I had a diamond pendant near as big as an emu egg off the Maharajah of What's-His-Name. They named a racehorse after me, and a pigeon and a potato soup on an Orient steamship.'

Under the costume made from 100 yards of billowing silk was a woman who couldn't help being both fabulous and disreputable. Down on her luck in a rented room in Melbourne, morphia cocktail in hand, Ada receives a visitor. Is she ready to share her secrets?

Inspired by photos of real 1890s vaudevillians, Kaz Cooke brings to life a forgotten world of cunning clairvoyants and trained cockatoos; of fierce loyalties and mixed lollies; the glamour of the stage and the muck of the road. Funny, inventive and lovingly researched, Ada is the story of an extraordinary woman in the toughest of times, with the courage to make herself the star.

'I'll tell you what I loved about being a theatrical. You're a custodian of magic, a purveyor of glamour, a repository of mystery. You're someone.'

'I was enchanting, and indefatigable, and dainty, and all the other words they find to avoid saying 'beautiful'. The word they used the most was 'piquant'. Makes you feel like chutney.' - Ada Delroy

A former reporter and cartoonist, Kaz Cooke is the author of the bestselling books Up The Duff, Kidwrangling, Girl Stuff, Girl Stuff 8-12, Women's Stuff, and the children's picture books Wanda Linda Goes Berserk and The Terrible Underpants, which is not entirely autobiographical. This novel grew out of her research and exhibition during a Creative Fellowship at the State Library of Victoria, 2013-2015.

Other Editions - Ada by Kaz Cooke 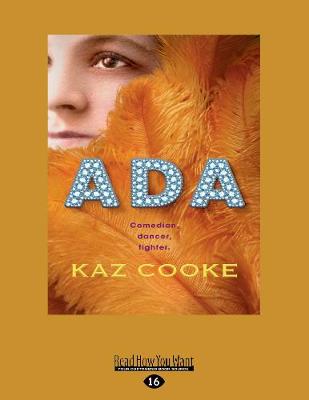 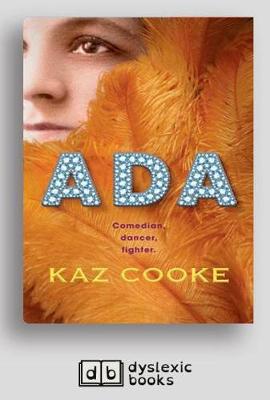 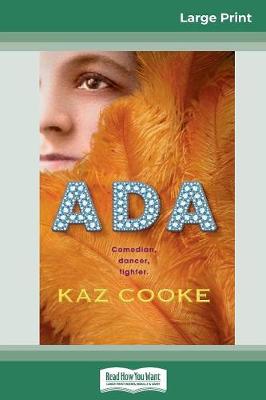 » Have you read this book? We'd like to know what you think about it - write a review about Ada book by Kaz Cooke and you'll earn 50c in Boomerang Bucks loyalty dollars (you must be a Boomerang Books Account Holder - it's free to sign up and there are great benefits!)

Kaz Cooke is the number one go-to advisor for Australian girls and women. Her best-selling books include Girl Stuff, Women's Stuff, Up the Duff, Kidwrangling, and a series of ebooks on women's health issues from sex to mental health and menopause. Kaz's funny, friendly style is backed by research and professional consultants- she's been a best friend to at least two generations. (Her children's book The Terrible Underpants is not quite autobiographical.)