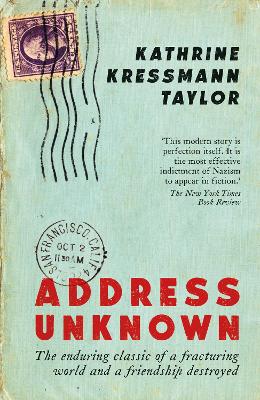 Can friendship survive in a divided world? Written on the eve of the Holocaust as a series of letters between a Jew in America and his German friend, Kressmann Taylor's classic novel is a haunting tale of a society poisoned by Nazism.

First published in 1938, Address Unknown met with immediate success in English but was banned in Europe by the Nazis. Tragically prescient about what was to come, it was one of the earliest works of fiction to warn against the growing dangers of fascism and antisemitism in Europe. It became an international bestseller and has been translated into more than twenty languages.

A novel of enduring impact with a memorable sting in its tail, Address Unknown stands as a powerful reminder of the dangers posed by the rhetoric of intolerance. 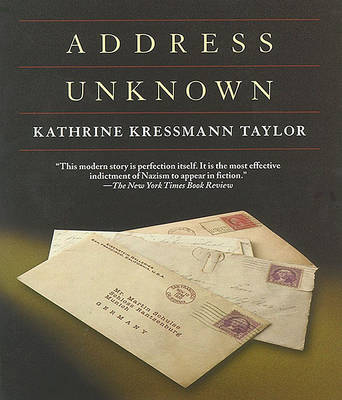 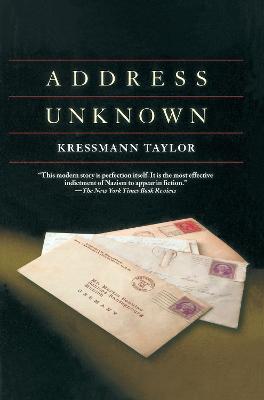 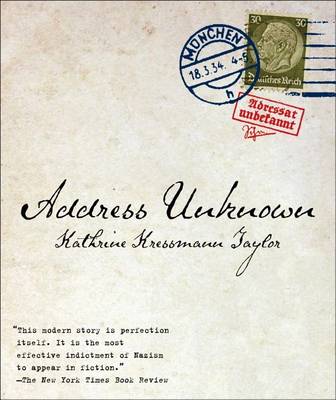 » Have you read this book? We'd like to know what you think about it - write a review about Address Unknown book by Kathrine Kressmann Taylor and you'll earn 50c in Boomerang Bucks loyalty dollars (you must be a Boomerang Books Account Holder - it's free to sign up and there are great benefits!)

5 stars Address unknown is a short story by American author, Kathrine Kressmann Taylor. It consists of a series of letters between two friends over a period of sixteen months commencing in early 1932. After some years in America, Martin Schulse has returned to Munich with his wife Elsa and his five young sons, for the sake of their education. His good friend and business partner, Max Einstein runs their thriving art gallery in San Francisco, and sends financial reports along with personal notes. They touch on many matters including the political situation in Germany. The tenor of their letters quickly changes as Martin’s loyalties align with the new regime. His response when Max asks him to check on the welfare of Max’s younger sister, Grisella, an actress currently performing in Berlin, is disappointing, and elicits what at first seems a puzzling response. First published in 1938, this little piece still packs a punch today. 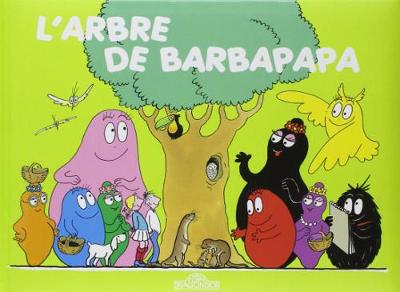 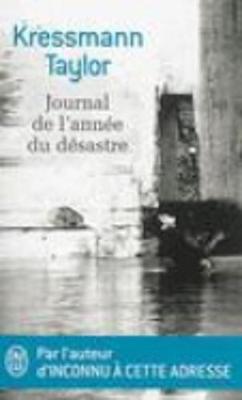 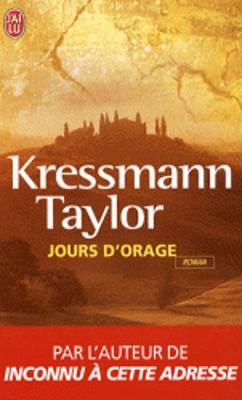