The Adventures Of Nilson Groundthumper And Hermy

Description - The Adventures Of Nilson Groundthumper And Hermy by Stan Sakai

Experience the rabbit action epic that might have been! More than just a precursor to Stan Sakai's beloved Usagi Yojimbo, his tales of medieval unwits Nilson and Hermy are every bit as funny, exciting, and beautifully illustrated as the saga of the familiar rabbit ronin! Collecting Nilson and Hermy's complete exploits!

"Stan Sakai is a master."-Alejandro Jodorowsky

"Stan Sakai is one of the few artists working in comics who completely understand the medium."-Jeff Smith

» Have you read this book? We'd like to know what you think about it - write a review about Adventures Of Nilson Groundthumper And Hermy book by Stan Sakai and you'll earn 50c in Boomerang Bucks loyalty dollars (you must be a Boomerang Books Account Holder - it's free to sign up and there are great benefits!)

Stan Sakai was born in Kyoto, Japan, grew up in Hawaii, and now lives in California with his children, Hannah and Matthew. He received a fine arts degree from the University of Hawaii and did further studies at the Art Center College of Design in Pasadena, California. His creation, Usagi Yojimbo, is the story of a samurai rabbit living in a feudal Japan populated by anthropomorphic animals. It first appeared in Albedo Comics in 1984. Since then, Usagi has appeared on television as a guest of the Teenage Mutant Ninja Turtles; and as toys, on clothing, in comic books, and in a series of trade paperback collections. In 1991, Stan created Space Usagi, the adventures of a descendant of the original Usagi, dealing with the samurai in a futuristic setting. Stan is also an award-winning letterer for his work on Sergio Aragones's Groo: The Wanderer, the Spider-Man Sunday newspaper strips, as well as for Usagi Yojimbo. He is the recipient of a Parents' Choice Award, an Inkpot Award, multiple Eisner Awards, two Spanish Haxturs, an American Library Association Award, and a National Cartoonists' Society Division Award. Usagi Yojimbo Book 12: Grasscutter was used as a textbook in Japanese history classes at the University of Portland. 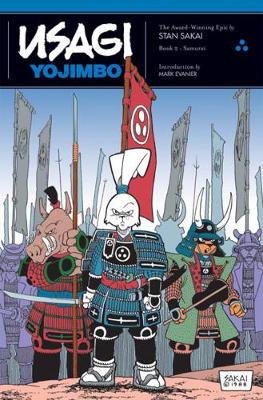 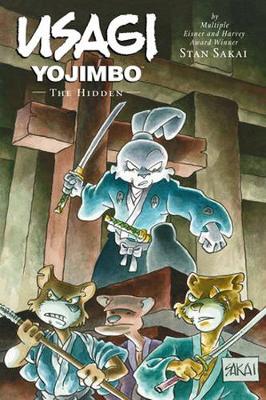