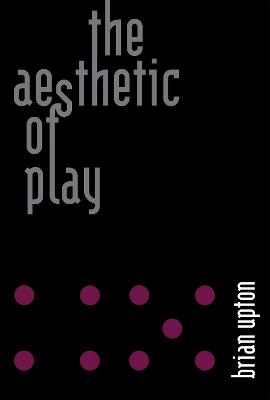 The Aesthetic of Play

Description - The Aesthetic of Play by Brian Upton

A game designer considers the experience of play, why games have rules, and the relationship of play and narrative.

The impulse toward play is very ancient, not only pre-cultural but pre-human; zoologists have identified play behaviors in turtles and in chimpanzees. Games have existed since antiquity; 5,000-year-old board games have been recovered from Egyptian tombs. And yet we still lack a critical language for thinking about play. Game designers are better at answering small questions ("Why is this battle boring?") than big ones ("What does this game mean?"). In this book, the game designer Brian Upton analyzes the experience of play-how playful activities unfold from moment to moment and how the rules we adopt constrain that unfolding. Drawing on games that range from Monopoly to Dungeons & Dragons to Guitar Hero, Upton develops a framework for understanding play, introducing a set of critical tools that can help us analyze games and game designs and identify ways in which they succeed or fail.

Upton also examines the broader epistemological implications of such a framework, exploring the role of play in the construction of meaning and what the existence of play says about the relationship between our thoughts and external reality. He considers the making of meaning in play and in every aspect of human culture, and he draws on findings in pragmatic epistemology, neuroscience, and semiotics to describe how meaning emerges from playful engagement. Upton argues that play can also explain particular aspects of narrative; a play-based interpretive stance, he proposes, can help us understand the structure of books, of music, of theater, of art, and even of the process of critical engagement itself.

Book Reviews - The Aesthetic of Play by Brian Upton

» Have you read this book? We'd like to know what you think about it - write a review about Aesthetic of Play book by Brian Upton and you'll earn 50c in Boomerang Bucks loyalty dollars (you must be a Boomerang Books Account Holder - it's free to sign up and there are great benefits!)

Brian Upton cofounded Red Storm Entertainment, where he was lead designer of the popular games Rainbow Six and Ghost Recon. He is now a "script doctor for games" at Sony's Santa Monica Studio.

A Preview for this title is currently not available.
More Books By Brian Upton
View All